Hundreds gather at Trafalgar Square to mourn the loss of victims of terror attack.

Three people, including a police officer, have been killed and about 40 were injured when a vehicle ran into pedestrians near Westminster Bridge. A bomb scare near Parliament prompted building lock downs in the area.

A vigil is currently taking place in Trafalgar square to mourn the three people who lost their lives in the attack.

Thousands are gathered at the square and had a minute silence to honour the victims.

Kurt and his Wife, who was seriously injured, were in London celebrating their 25th wedding anniversary.

Cochran's wife suffered a broken leg and rib and a cut to her head, and was being treated in hospital, brother-in-law Clinton Payne said in a statement.

He was stabbed by Masood and reportedly died of his injuries at the scene.

Palmer served the parliamentary and diplomatic protection command and had been a member of the service for 15 years.

Frade taught Spanish at the DLD sixth-form college in London.

Friends of Frade posted tributes to the woman on social media.

She leaves behind two daughters aged 8 and 11.

The alleged attacker, Masood Khalid was shot and killed during after the attack.

The Metropolitan police believe 52 year old Khalid Masood is responsible for the attack.

The British-born Masood was known to police and has previous convictions for assault, possession of offensive weapons and public order offences.

The attacker was known under a number of aliases and was last convicted for criminal damage in December 2003.

Masood had no previous connections to terrorist groups however an ISIS agency has taken responsibility for the attack.

No evidence of Masood's affiliation with ISIS has been found.

Medical assistant Chelsea Brown-Bayliss, 22, said she would start catching the bus instead her normal tube commute.

"It just makes you so on edge, it's horrible".

PM: Innocent people should never have to fear

Prime Minister Bill English has sent his condolences to the UK following a terrorist attack in London.

He said London was a place many New Zealanders called home. Many had family and friends based there, so the attack felt close to home.

"Innocent people should never have to fear such violence when going about their daily lives, and New Zealand stands alongside the UK in the fight against terrorism and violent extremism."

Wellingtonian David Macaskill was leaving the House of Commons at the time of the London terror attack.

He said police ushered people back into the building, where he had attended a charity event involving the British and Italian boxing teams. The lockdown lasted five hours.

Macaskill said there was initial "burst of panic" but the mood calmed and school children began singing songs.

The Police presence was huge and officers were dressed in a mixture of uniform and casual clothing, wearing sneakers with bullet proof vests, as though they had rushed to the scene in a hurry.

He said people were running in the opposite direction of the attack and it took a little while for information to come through to the Commons.

Macaskill has been working as a marketing executive at Hammersmith & West London's College since June 2015.

New Zealander Simone Boniface was working in London city and said her and her colleagues anxiously waited for two hours while buildings were locked down.

Although her area was safe, the lockdown was a precautionary measure.

"All of us were on BBC Live getting the updates and hearing about it and we have just been told we can now leave and have been told by security to avoid the area," Boniface said.

She said some colleagues were not able to leave work due to central train and tube stations being shut down.

London has a "weird vibe"

New Zealander Sarah Marshall was also working in London at the time of the attack.

King's College Hospital in London was treating eight patients, two of which are in critical condition.

Two French school pupils were among the injured, the French Embassy has confirmed.

Approximately a dozen other students from the school were on the Westminster Bridge at the time.

The Ministry of Foreign Affairs and Trade reports no New Zealanders are caught up in the attack.

Attack may be inspired by international terrorism

The attack comes exactly a year after a series of suicide bombs in Brussels, Belgium, that killed 32 people.

Acting and Deputy Commissioner Mark Rowley confirmed in a live press conference that five people were killed including the suspected attacker and a Metropolitan police officer.

The officer killed was identified as 48-year old PC Keith Palmer and was unarmed at the time. He was a member of the parliamentary and diplomatic protection command and had 15 years service. 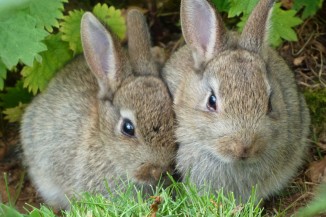 Where have the rabbits gone?

Despite sightings of wild rabbits on Manchester Street companies and residents say they have never seen any. 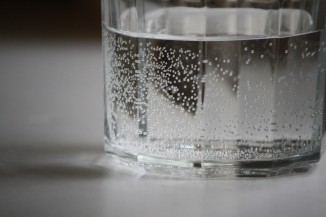 Your water could be the reason for your rash

The Christchurch chlorinated water could be to blame for eczema