A Kiwi who lived in New York City during the COVID-19 outbreak told Metronews what life was like inside America's most virus-stricken city.

The NYC Government reported on Friday nearly 9000 deaths from COVID-19 since the first known case in the city early last month.

New York-based New Zealand sales executive John Fleury, 24, said the political tension between the New York Governor, the New York City Mayor and the US President slowed down measures needed to lock down the city.

"Watching the President attempt to downplay the seriousness of the situation and then routinely boast of his achievements in fighting the virus has been extremely frustrating and I personally stopped reading or watching any articles or interviews he has been in a long time ago."

Fleury said he did, however, feel the steps Governor Cuomo took since the infighting started had been reassuring and believed Cuomo was one of the individuals who took the virus seriously.

Fleury said he thought there was some reluctance by the Government to shut down NYC because of the city being such an economic hub for the US and said many people were concerned with the economic repercussions the closure would have.

When asked about what the atmosphere was like in NYC during the outbreak, Fleury said being in the city was a unique experience.

"When the stay-at-home order was enforced, all restaurants, bars, and even some convenience stores closed overnight. The busy streets of the city suddenly became eerily quiet which was quite unsettling."

Fleury said he decided to leave NYC for Denver, Colorado, with his girlfriend last week, as the couple started to go crazy being stuck in a 38-metre square apartment.

"Our apartment does not get much direct sunlight and the lack of fresh air was really getting to us. We would go on a walk every couple of days, but the city was becoming increasingly eerie."

Fleury said while he did believe the US should have adopted a similar protocol to NZ with combating the virus, due to the complexity of the situation in the US, it was extremely difficult to compare NZ to America.

"I believe the way that power is divided up between the states has complicated the US's response and made it difficult to implement a cohesive and effective response to the threat."

Although Fleury said while it was hard to compare the two countries when it came to responding to the virus, he said watching New Zealand's response made him very proud to be a Kiwi. 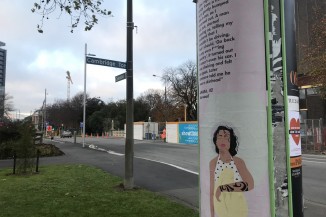 Racism awareness posters pop up around the city 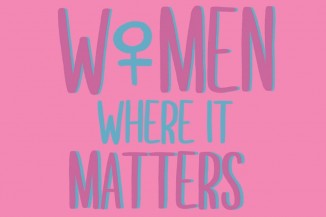 This episode we take a look at the issues which still surround women in sport.