Hunter Wilson is described by his manager mum as a "monster child". Diagnosed with ADHD aged six, many of Hunter's earliest memories involve visits to specialists, being observed by doctors behind two-way mirrors, and struggling with explosive anger.

"I found it hard to fit in anywhere. People would bully me and ostracise me until I flipped and then I was the one who got into trouble."

By eight, Hunter had been expelled from mainstream school for fighting and disrupting class. His teachers kept notebooks detailing his behaviour that would later be used at a meeting with the board around Hunter's future at the school.

Hunter was expelled from countless schools and courses over his formative years, once on his first day after he smashed the drains with a hockey stick.

"I hated the world and everyone in it. I was sent to various camps and respite homes. Mum had serious mental health issues and had attempted suicide twice, both times I was the one who found her. I was too young to understand. I just got angrier."

He was kicked out of team sports for "thuggish behaviour", and at 13 discovered ice hockey.

"It was a fantastic outlet for my anger. Didn’t stop me though. I received a two-year ban from the ice rink and took up roller hockey instead."

Roller hockey didn't last either, with Hunter being banned for fighting with players and attacking his coaches.

This led to dealing various drugs, before sliding into an almost deadly addiction to meth.

“I had a few relationships while I was on meth and they were all about the drugs,” he said. “My abandonment issues stacked up with my addictions which made me needy and unreliable.”

After years of continuous meth abuse, he developed drug-induced psychosis, ending up in Hillmorton.

“Every time I saw his number come up on my phone, my stomach would drop. When people knocked on the door, I would either think it was the police to tell me he was dead or someone looking for him."

Therese realised she had to step back from her son.

“I remember one day turning up at his place because I found out he had lied to me about something. He was raging at me and for the first time ever, I felt like he had the potential to hurt me," she said.

"I walked out and told him I was done. That was probably the hardest two weeks, having to ignore texts and phone calls. It was the best I could have done for him, and myself because it helped him hit his rock bottom.”

In 2017 Hunter reinvented himself as King Cass. As of 2021, he has been clean from meth for over two years.

He is a father of three and is working hard on rebuilding the relationships that deteriorated during his addiction.

Hunter credits music for saving him from a life of addiction and crime.

He started writing raps expressing the pain he was feeling, but admitted the process was as much confronting as it was healing.

“I have to take myself back into that emotion to create. I listen to my music today and still cry, but now it empowers me. It reminds me that it's okay to not be okay.”

Therese remembers she would encourage her son to write his feelings.

“To see Hunter overcome his demons by using his music to heal himself has been really awesome. I could see that rap was giving him the outlet to express himself.”

She never thought encouraging this outlet would help as many as it has.

“I have seen him behind the scenes reaching out to people and supporting them too,” she said.

Hunter has been busy turning his story into a hip-hop theatre production, merging his music with his lived experience to create an 80-minute show.

The Awakening: From Dark to Light is touring New Zealand to raise awareness for addiction and mental health among tamariki. He’s also on the cusp of a nationwide tour with fellow hip-hop artist Dilz.

“I think the tall poppy syndrome is slowly dying in the music industry. NZ Music Month is for celebrating the universal language of song, however that sounds. It’s about awareness and sharing the aroha and mana that’s projected through our individual stories.” 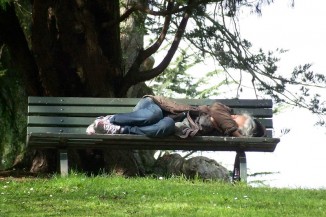 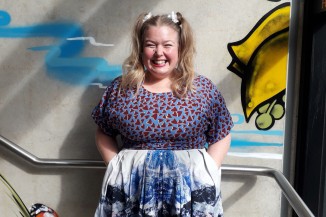 Lauded for role she was ‘born to play’

Alice Anderson is nominated for Women of Influence award for her role in helping gender diverse youth.