Keagan Girdlestone spent most of last year in hospital after a crash in which he broke multiple bones and had a cardiac arrest.

Keagan Girdlestone won Le Race when he was just 16.

Three years later and Girdlestone has spent the last seven months in hospital after crashing into his own team vehicle during a race in Italy last year.

Girdlestone suffered a cardiac arrest as well as breaking multiple bones in the crash, but he is back on the bike and returning to competitive riding.

"I love it and I enjoy it. And yeah, I mean, it nearly killed me but things can happen in everyday life that could kill you anyway. So you might as well do something you love."

Girdlestone said the support of his family, friends and fans helped him through his fast recovery.

He said his goal for this weekend's race was to complete the 100 kilometre course within three hours.

Girdlestone said his ultimate goals were to race in both the Olympics and Tour de France.

Keagan on his love for biking 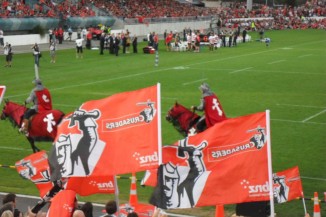 Unbeaten this season, the Crusaders head to Sydney to play on a ground where they haven't won for five years. 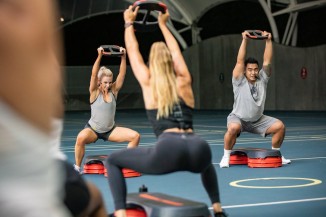