After a four-month investigation, GNS science has found around 21 faults ruptured in the 7.8 magnitude November quake.

GNS seismologist John Ristau said these recent bigger quakes were more complicated than ever before.

John Ristau said they were discovering the larger quakes, especially above magnitude 6, tend to rupture more than one fault line.

He said the interesting point with the Kaikoura quakes is there did not seem to be one dominant fault line, and there were a few ruptured faults roughly the same size.

With any earthquake, especially a large one like Kaikoura the possibility of another quake of the same or higher magnitude is larger in the short term.

John Ristau said after an earthquake the chance of another large one is 2 percent in 30 days and 11 percent in the next year.

The chance increases because as the faults move it either relieves the stress of one fault or transfers it to one nearby. 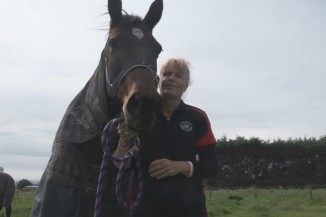 A North Canterbury woman has spent most of her days caring and rehoming over 600 unwanted horses.