Since an Australian Club banned headers for all youth players, we find out if New Zealand is going to follow in their footsteps.

Following the 2002 death of former West Bromwich Albion defender Jeff Astle at 59, whether or not headers should be banned in football has become a hot topic.

Astle suffered Alzheimer's for 10 years following an 18-year football career which suggested to clubs that headers can cause head trauma. Northern Europe, Australia, and other junior leagues around the world have since banned headers.

At the end of last month, APIA Leichardt Football Club in Sydney, Australia announced a ban on players under the age of 12 heading the ball.

Media Manager for Auckland City Football Club Gordon Watson believes it is not a question of whether headers should be banned or not because it's actually happening.

"The links between brain injuries and heading a ball are still ongoing but I have read medical opinions that say heading a ball can cause head trauma.

"In my personal opinion, if the evidence is strong enough that heading a football can lead to brain injuries - and it certainly makes logical sense, then it wouldn't surprise me if a ban happened."

A player himself, Watson said he enjoyed heading the ball from a young age but has had stitches in his head and multiple concussions.

"I can say with great accuracy that a ball traveling at speed that impacts the head can feel like you're receiving a punch."

Watson admitted that he wouldn't like to see headers removed from football altogether because it's a risk that requires athleticism and bravery,

"But at the same time if the studies say the risk is real and dangerous, then that requires further thought and inevitable action, which I would be comfortable with."

ACC has a number of football-related injury claims every year.

There have been 774 'header' specific claims in the last five years, with 68 of these being diagnosed brain injuries.

Dr. Rosamund Hill who is a neurologist from Auckland Medical Specialists said she has worked in the area of concussion for 20 years now and definitely supports heading being taken out of football.

"Not because as a single event it causes problems but because it constitutes multiple sub-concussive blows and therefore, risks long term issues for players."

A spokesperson from New Zealand Football said there is some evidence that those who play football may be more likely to develop neurological conditions later in life. But this is based on observational studies and there is no clear cause and effect link, meaning it may not be due specifically to heading.

"At present, we do not anticipate banning heading at any level.

"The health of our players is very important to us and we continue to monitor international trends and research."

When asked if there was a potential in banning headers for just youth players, NZ Football said children do not head the ball very much at a young age.

You can watch how to safely perform a header here. 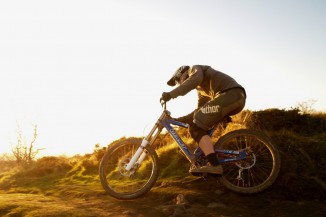 Bikers gear up for the mountains

Mountain bikers ready to compete in Craigieburn Forest this Sunday. 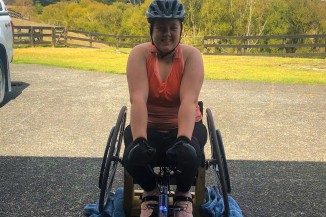 New Zealand's nationwide lockdown helped a para-athlete train more than she usually would.