Public reacts to plans for lower High St tram extension, cycle lanes and widened footpaths on lower High St, with one city worker asking if driving will be banished from the city.

The lower end of High St in the central city could be revitalised from next year.

If the Christchurch City Council proposal is adopted, the tram will be extended, the "streetscape" enhanced, footpaths widened and cycle lanes introduced in the quake-battered section of the street.

The new developments would cost up to $9.7 million and construction would begin next year.

Christchurch Attractions operations manager Mark Small said the extension was set to "reinvigorate that part of the city".

While Small was happy about the proposal, others were not convinced.

"Are we going to stop driving in the city? Is Christchurch turning into London?"

One member of the public, who wished to remain anonymous, said nobody used the trams. The extension wasn't going "to drag more people on board".

"If you want people on the trams, drop the fare and extend the route to Ferrymead," he said.

Christchurch resident Jason Muir was more positive about the revitalisation.

"The new tram route is a great investment for local businesses and will be great for the new stadium when it's built," he said.

"The speed limit is great for the safety of families and will bring more walkers down High St."

A city council hearing panel will meet in October to further discuss the matter. 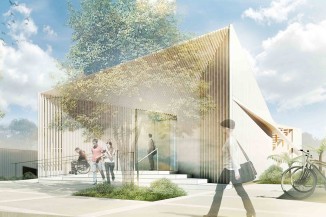 Construction of building to facilitate a "healthy and vibrant" community will begin in the coming months and be complete by next year. 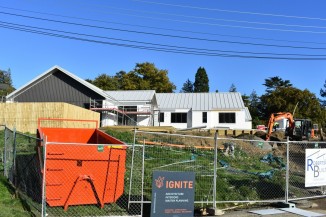 Akaroa lost its hospital to the Christchurch earthquakes and now, nearly eight years on, a proper health centre is nearing completion.