A nickname for Christchurch that's been here for as long as we can remember. But post-earthquake, is this slogan becoming a thing of the past?

The Garden City is a title that not only New Zealanders but people from all around the world associate with Christchurch. But recently people have noticed that the ‘Garden City’ slogan has gone under the radar.

Joanna Norris said, “The Garden City is absolutely still part of our story as Christchurch, but we also like to explore other parts of the city.

“In the past 8 years, the perceptions of Christchurch have absolutely changed. We have emerged as an exciting, changing, evolving city”

Well known writer, journalist and columnist, Mike Yardley, felt there had been a shift away from marketing as the Garden City.

“ChristchurchNZ, who are very much responsible for promoting the city as a tourism destination, seem to be far more in favour of positioning us post-quake as the city of explorers”, Yardley said.

Yardley said a reason for this could be that people tend to think the term ‘Garden City’ is old fashioned and passé, rather than new and innovative.

Garden Expert, Rachel Vogan, agrees with this, she said, “I think a bit of a focus has been lost on the Garden City, and I know there is a feeling in and around the council that the Garden City is possibly an old-fashioned type of title.”

However, Vogan said there were opportunities for the Garden City to become innovative and exciting, to work alongside the city as it grows and develops.

“What I notice is that there’s a huge effort and promotion towards being the edible garden city. We have now got 32 community gardens around the city. We have a food resilience network that focuses on us being able to produce food and we are planting lots of fruit forests.”

Vogan said that this could be the new ‘Garden City’. She describes it as being more focused on food and sustainability to keep up with the modern world.

Yardley also agrees with this saying that Christchurch could be a modern, green garden city and we should continue to promote it as the Garden City.

“A 21st century garden city in other words, a city that shows future foods, or sustainable planting, sustainable agriculture.

“I think compared to the other major metropolitan centres around New Zealand, we are absolutely the leader when it comes to our botanical treasure; not just the botanic gardens but just the passion that local people have for their own gardens,” Yardley said.

Rachel Vogan wants homeowners to take care of their gardens and enjoy them.

“It’s important to me that the city embraces nature and the environment, particularly plants," she said. "Because life gets busy and if you can spend some time in a garden you actually feel really good.”

It’s clear that the Garden City title should still be a part of the Christchurch story but will it keep up as the city grows and rebuilds?

Is Christchurch still known as the Garden City? 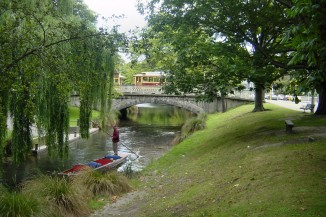 Temperatures set to rise heading up to the weekend 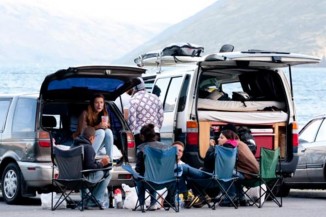 Campers told to take a hike