Christchurch education providers are preparing to welcome international students back into the country.

In February, the Government announced ‘Cohort 4’ allowing 5000 students into the country with border class exemptions, for the second half of the year.

The deadline for students to be nominated was last Friday, and the Ministry of Education expects to see over 4000 nominations from education providers.

Students need to be nominated and approved before applying for student visas.

The Ministry of Education International Manager Shelly Robertson says there are 13,000 international learners already in the country.

“Some are students who chose to remain in New Zealand while our borders have been closed, while others have come as part of three earlier border exceptions for international students.”

He says their international team are genuinely excited to prepare and welcome the international learners, and have already organised home stay accommodation.

Most high schools have been given around 10 spots, however any unused spaces will be reallocated, meaning some providers will be able to enroll additional students.

“There is real interest, but we’re hoping that we’ll be getting enrollments for the start of next year, and that’s what we’re really looking forward to as well,” Holstein says.

He says prior to the Covid-19 pandemic, Burnside had over 200 international students enrolled, however, he believes this number shouldn’t be something to aim for.

“It is expected to take several years to return to these numbers as we will need to rebuild the pipeline,” she says.

The Te Pūkenga institute is expecting 20 students from overseas, during the July intake.

Knowles says Ara is a high demand institution for international students, with enrollment numbers reaching 1,900 each year, prior to the global pandemic.

She believes Christchurch is an “attractive” destination for overseas learners due to the convenience of nearby international airport.

The University of Canterbury have already filled up their 116 allocated positions in this fourth, with existing students who are online studying abroad.

“The first students have received their visas and will be arriving in Aotearoa New Zealand in the coming month,” a UC Spokesperson says.

Education NZ are now preparing campaigns to attract overseas students for 2023 as borders reopen, and as normal visa processing resumes in October. 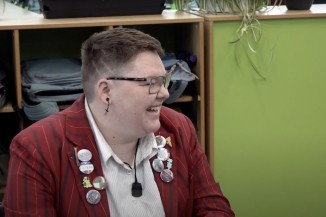 Whether it’s being told to tie up your hair, or put on your blazer, we all have memories of school uniforms.