Student visa processing backlog means many have paid fees and are studying, but have no access to essential learning tools.

International students are frustrated and anxious with the immigration process.

International students need a visa to enrol at tertiary institutions. To get the visa, they must first pay the study fees and get a receipt. But delays in processing the visa at Immigration New Zealand means many are stuck in limbo.

Francesca Satta is one of the frustrated and stressed students.

The 39-year-old Italian is doing a diploma in human resource management at Ara Institute of Canterbury.

Satta said she had paid $20,000 in fees, was attending classes and completing assignments. Initially, she had no access to Ara's online learning platform Moodle, nor the student portal MyAra.

She eventually gained guest access to the digital tools, but only after complaining several times and reminding Ara that she had paid $20,000 to study there.

Satta was still waiting for her student visa application to be processed, but was confident it would be approved.

Johanna Nyqvist, a 29-year-old from Sweden, decided after the Covid-19 lockdown to enrol at Ara to get a diploma in business studies.

She said Ara encouraged her to study there despite having no student visa. She took and passed an English proficiency test in May, after which she was invited t study at Ara.

She acknowledged it was a late application, but said she had been assured by Ara it wouldn't be an issue. A month later, Nyqvist has not heard from immigration. When she called immigration she was "scoffed and laughed at", she said.

"The man on the phone was so rude. He told me it was a waste of time calling... it was too late for an application."

She had been attending classes since July 27 but because she didn't have the visa, she was not properly enrolled. As a result, Nyqvist said she was unable to borrow library books and access online materials. She was relying on email correspondence and supplied reading materials to keep up with her studies, but struggled not to fall behind.

"I'm so anxious and stressed and nervous about the situation. I feel lost," Nyqvist said.

"I feel like I can't get 100 percent into it. I can’t access the tools. I have to constantly ask classmates and tutors and double check everything to make sure I don't miss anything. It's like I'm doing double the amount of work that a normal student is doing."

Ara's director of international services Beth Knowles confirmed students could not be officially enrolled at until they had a student visa.

She said international students, whose visas were still being processed, had been allowed to attend classes on a case-by-case basis. Class materials were provided to the students as it was in no one's interest that they fall behind.

The students were "at the mercy of immigration" as the visa process could take up to six weeks, Knowles said.

She said 15 Ara students were waiting for visas and that as of August 8, Immigration was processing 2898 student visas.

If a student's visa application was declined, they would be refunded their tuition fees, she said.

Knowles said Ara had 879 full-time international at the moment compared to 979 last year. She encouraged those who were stressed about the visa process to speak with a student advisor. 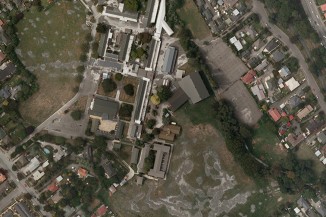 Cashmere High school have proposed new zone changes to the Ministry of Education. 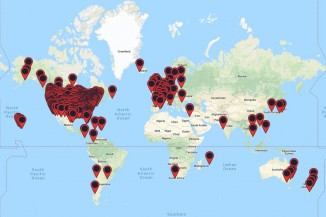