The swing set's frames have been established on land owned by Fletcher Living  on Manchester St in the East Frame, within walking distance from the Margaret Mahy Playground.

The project is a collaboration between Gap Filler, Fletcher Living, Otakaro and the Christchurch City Council.

"They really wanted to create something that was... fun, sociable, and most importantly, actually, shareable on social media - instagrammable," Doyle said.

Zoe Bain, 16, said "it will be good". She believed the swings would bring more people to the inner city.

Bishopdale man Amos Tasker, 22, said he liked the #chchswings because they were functional and free "... an extra little activity people can use".

A specific completion date was not set, but Doyle hoped it would be operational within two weeks.

The installment would remain at its current location for an expected two years before housing was developed on the land. 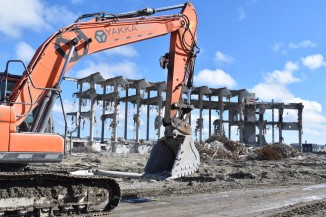 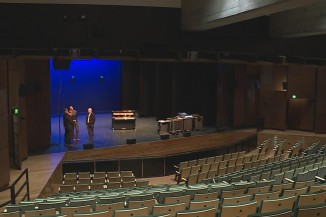 Christchurch's Town Hall complex has taken another step forward in its restoration with the James Hay Theatre now open for business.