Schools are reporting new faces at their breakfast clubs as more kids are coming to school hungry.

KidsCan chief executive Julie Chapman said higher decile schools were reaching out for assistance in the wake of the Covid-19 lockdown.

"Schools tell us they're seeing many new faces at their breakfast and lunch clubs as children who haven't needed food support before, suddenly find themselves without enough to eat," she said.

Chapman called on more people and organisations to help out.

"It's really important that businesses, charities, and government all come together at this time to meet the unprecedented need, and we're so grateful to everyone who is supporting us."

With KidsCan only able to operate in schools that fall into Decile 1-4, higher decile schools are running meal clubs.

Whangarei Boys' High, which is Decile 5, have school prefects running breakfast and lunch clubs. Students are regularly calling on donations from staff and the wider community.

Principal Karen Gilbert-Smith said the need for the government to step in was urgent.

Her school relied on donations from the Salvation Army and the community to make sure students were well-fed and ready to learn.

Whangarei Boys' High had hired a social worker paid from funds set aside for teachers' salaries to make home visits and find out where students need help.

Gilbert-Smith spoke of families whose children didn't return after the lockdown ended. The school had visited parents and discovered because there was no money for the bus and food was limited, it was easier to keep the kids at home. The school intervened in one case providing food and transport, but with this becoming more common among the boys she wasn't sure how much more she would be able to help.

Identifying who needed help involved "reading between the lines", she said.

"You get the boys who mill around the Student Wellbeing Centre before school and around lunchtime and you know why they're there. Pride or embarrassment often stops them from asking directly so we usually usher them in and make sure their tummies are full so they can get on with it," she said.

She spoke of another group of boys who were caught sneaking off school grounds to the supermarket at lunch. They had $5 between them which got them a bag of chips and a bottle of juice to share.

"They couldn't feed the whole group on $5 at the canteen. At least this way multiple boys were at least getting something to eat."

She was proud of the seniors at the school for looking out for their peers.

"They've gone out and collected board games which makes the food clubs quite a social event."

Ministry of Social Development group general manager for client service delivery, Kay Read, said in a statement that as of July 24, the ministry had paid out more than $13 billion in wage subsidies through the Covid-19 relief package.

"We have met unprecedented demand during this challenging time and MSD has played a key role in providing essential services to New Zealanders," she said.

University of Canterbury Sociology lecturer Alison Loveridge said one of the problems faced by families new to financial hardship and food poverty was the social stigma around asking for help. Not being on the radar of people who are looking out for those potentially struggling was another issue. 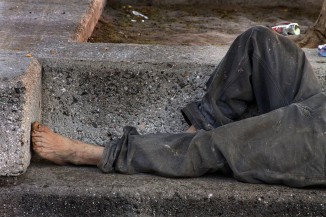 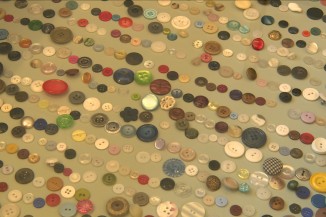 1.5 million buttons to represent the children who were murdered during the World War Two Holocaust