The road, interconnecting two ends of a section on Marine Drive, is being used as a "passing lane" by impatient commuters who intend to skip the traffic.

The current speed limit along the road is 50kmh. Some residents in the small Banks Peninsula community are calling for a reduction to 30kmh.

Banks Peninsula Community Board member John McLister said he had first-hand experience of the dangerous and awkward nature of the road.

"I nearly hit a school bus using that road," he said at a board meeting on Monday.

"The fact is it's hard not to speed along that road, but it's quite narrow and there are kids that use it. It's a dangerous situation that needs to be addressed."

The issue had been brought to McLister's attention during a Charteris Bay Residents Association meeting on May 17. The association had brought forward the proposal for a speed limit reduction during a wider speed-limit review earlier this year, but had only requested the limit be reduced to 40kmh.

"It's a very winding, narrow road. People take unnecessary risks, they have a tendency to speed," Studholme said.

"We aren't traffic engineers, but a couple of measures taken wouldn't hurt. It's a dangerous route with properties around it, so we would really like to see [the limit] reduced."

Speed calming measures could potentially include speed bumps, or turning it into a one-way street.

The community board requested that Christchurch City Council would review the speed limit and traffic calming on Andersons Rd. 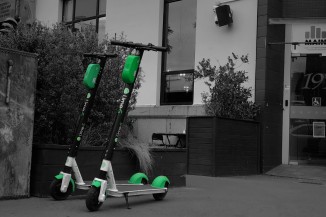 Lime to stay in Christchurch

The e-scooter company isn't going anywhere in the next 12 months, thanks to the Christchurch City Council. 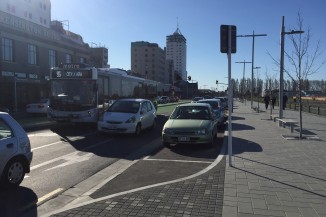 A transport planner has a straightforward idea on how to stop congestion on the new bus-filled Manchester Street.