Pasifika people say they are being let down by policies that make study in New Zealand too expensive and they are forced into low-income jobs to make ends meet.

They are calling on the next government to help them achieve a higher standard of living.

She said the next government must provide Pasifika people more incentives to succeed and that started with better tertiary education policies.

Most Pasifika people had no choice but to go straight into work after finishing school to support their families.

Many Pasifika were caught in low income jobs; a cycle Dimuri was keen to break by more generous education policies.

She said under National, tax-paying Fijians, who had worked for over 10 years in New Zealand, “disappointingly” still had trouble gaining residency.

That meant their children were classed as international students and paid full fees for tertiary education.

Raleqe said many parents sent their children back to Fiji instead of paying the fees here.

"[However], the recent influx of Fijians to New Zealand has just taken place, and to them they don’t have much to compare [the National government] to."

National’s Minister for Pacific People’s, Alfred Ngaro, rejected criticism of the Government’s policies.  He said there had been a lift in Pasifika educational achievements.

Under National’s education targets set in 2008, Pasifika students who gained NCEA Level 2 had risen from 51 per cent  to the national average of 80 per cent.

Ngaro said the recently announced Toloa scholarships, which had given 15 Pasifika students up to $25,000 to study science, technology, engineering or mathematics at tertiary level, were a big help to Pacifika people.

"We are breaking new ground in those areas," he said.

The scholarships were unavailable to international students like Mere, even though she planned to stay in New Zealand.

Gali said National did not meet often enough with Pasifika, and policies such as increasing Superannuation to 67 and the selling of state housing negatively affected people’s standard of living.

As a teacher, he disagreed with the gradual removal of Pasifika language from the education system.

Labour Pacific Island Affairs spokesman Aupito William Sio said National’s promise of a rock-star economy that would benefit Pasifika had not been delivered.

"At the moment, Pasifika have high unemployment and low incomes."

He said that was mainly because of the high cost of tertiary education here.

By 2024, Labour would make the first three years of tertiary education free.

He said he wanted Pacific languages restored and recognised as official community languages. 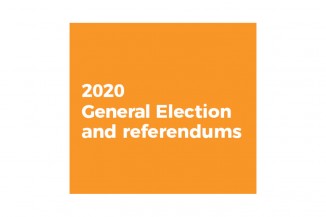 The Electoral Committee will need 25,000 staff with extensive/intensive training to work voting stations this year. 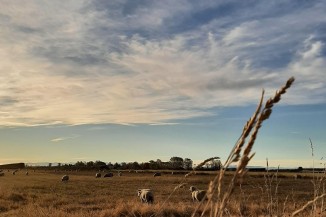