Families who have lost someone to suicide are claiming the coroner is keeping phones for up to three years.

Families of those who’ve taken their own life are being left more hurt and confused.

Claims of coroner decision delays of up to four years, and the cell phones of those who have passed being kept for up to three years, are causing more heartbreak for grieving families.

In New Zealand, if it seems a person has taken their own life, there must be a coroner’s inquiry.

Sarah*, who lost her husband three years ago, has been told twice by the coroner that his phone would be returned, but still hasn’t received it.

“The funny thing is, I’ve found out it’s sitting at a police station. Nothing about this makes sense, that’s the hard thing… it hurts,” she said.

A lack of communication and clarity around why coroner decisions were taking so long was a common theme in a Facebook suicide support group.

One mother, who lost her son early this year, said “as if we haven’t been through enough”.

Phones of loved ones were often wanted back so that family could access photos.

“Phones are always returned once relevant information has been extracted from them,” said chief coroner, Judge Deborah Marshall.

Marshall said work had begun to address the average timeframes for coroners’ inquiries.

Coroners consider evidence from a range of sources, in order to try and prevent similar deaths.

This could be agencies such as WorkSafe or the Health and Disability commissioner.

“This means coronial inquiries may take longer, with some inquiries not being completed until sometime after a person has died,” Marshall said.

The delays, however, cause more pain and confusion for those who are suffering loss.

Carol*, who lost a family member to suicide in 2017, still hasn’t received a coroner decision.

“Although it’s a formality, it still hangs over you,” she said.

Beatrice*, whose father took his own life at the beginning of last year, hasn’t heard from her case worker since January.

“I feel like there’s still no closure because I’m still waiting to see the facts, rather than my own speculations.”

Figures released by the chief coroner showed 654 people died by suicide in New Zealand in the year to 30 June 2020.

Marshall says delays “should reduce” when the coronial bench is at full strength (18 full-time coroners and eight relief coroners) for a sustained period of time.

*names have been changed.

Where to get help: 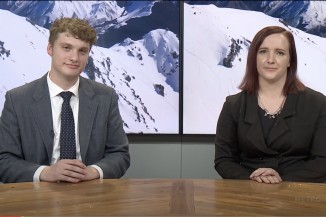 Brought to you by the students of the New Zealand Broadcasting School.

A re-homing programme involving private landlords has housed 20 homeless people since May.