The protesters, backed by Greenpeace, marched into ECan's Lichfield street building about 8am today.

They held banners asking for our rivers to be saved from the intensification of dairy farming and for democracy to be reinstated to the regional council - ECan's councillors are a mix of government appointees and elected officials.

ECan chief executive Bill Bayfield told police the protesters did not need to be moved on.

"We've had good interaction with the protesters and we respect their views," he said.

ECan communications manager Katherine Trought said the council knew it was a likely target for protesters.

It was the third protest in recent weeks related to water issues in Canterbury. Last Thursday, several Greenpeace protesters were arrested at the site of the Central Plains Water irrigation scheme, near Springfield, after trying to occupy the basin of the dam.

Toop said cow numbers in Canterbury had doubled since 2011.

"Using alpine-sourced water rather than ground water is environmentally beneficial it reduces pressure on aquifers, which are needed to replenish flows in lowland streams."

"We all want the same thing, we might be using different language, but the object of our being here is the same."

Protesters came from all around New Zealand, with some hitch-hiking from the North Island.

Protester and mother-of-three, Jennifer Shulzitski, said she grew up living along creeks and rivers.

"My children deserve the same kind of childhood."

Shulzitski was worried that her children would never get to experience being able to swim in a river without worrying about pollution.

Local farmer and Fontera supplier Brian Clearwater said he was concerned about current state of farming. 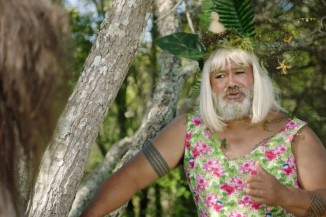 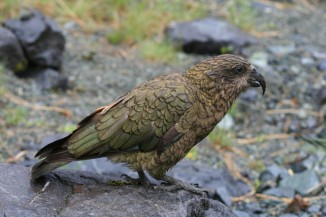