Minister Marama Davidson announced yesterday $114.5 million would be put towards preventing and responding to family and sexual violence over the next four years.

The funding will go towards implementing the six shifts of the Te Aorerekura strategy.

The six stages, also known as shifts, are moving towards strength-based wellbeing, mobilising communities, building skilled, culturally competent and sustainable forces, investing in primary prevention, having safe accessible and integrated response and, to increase the capacity for healing.

The shifts are needed to occur in order to enable people, specialist sectors, communities and government to work together so everyone can enjoy a peaceful life.

The Budget contains $37.6 million for strengthening initiatives like the Campaign for Action on Family Violence. It also develops three further initiatives around ethnic, elderly and youth communities.

A total of $38.1 million will go towards community led responses recognising that the best solutions to complex social issues come from within communities with the support of government agencies.

“With our support, these community-led initiatives can continue to make a real difference to peoples’ lives, helping shift social norms and build strong, resilient whanau who are free from violence,” Davidson said.

Also included is funding to relieve the health system, education for advocates in communities and Māori-crown partnership.

Davidson believes everyone deserves to live free from violence.

“Our government is investing in a future where everyone, no matter who they are, where they are from, or who they love can live a life free from family and sexual violence.”

It also acknowledges it's important to widen the scope rather than just having a heterosexual male abuses heterosexual female viewpoint.

This is a view shared by the Canterbury Men’s Centre. Noeline Allen the service manager says though she is not disputing the figures regarding female victims it needs to be acknowledged that some men are victims too.

“A lot of men are very isolated. They’ve learnt from a young age that the world is not a safe place. It’s very hard for men to be heard because often their stories get dismissed,” said Allen.

The Canterbury Men’s Centre conducts research into male victims of family and sexual violence with a paper called Mind the Gap. They talk to a variety of sources with experience in the issue, including survivors themselves, mental health professionals and police. The 12th edition should be published on their website in the coming weeks.

The centre has a specialist unit for male survivors of sexual abuse and Allen notes that referrals to the unit have doubled in the past year.

Davidson says the Budget for 2022 will help them implement change.

She says while important to note Budget 2022 is a great start, the Te Aorerekura is a long term initiative.

“Te Aorerekura is a 25-year strategy because it will take a generation of sustained investment and focus to strengthen the protective factors and enable the social change required in Aotearoa New Zealand.” 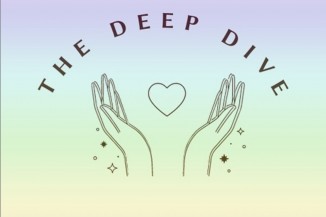 This episode focuses on family issues within the community, and speaks to a young transgender teen about family and social acceptance. 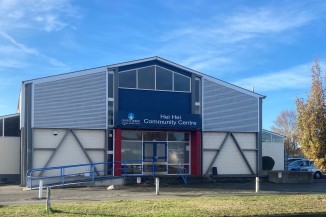