A community project to repair a jetty damaged in the 2011 Christchurch earthquake is asking the Christchurch City Council for more money.

The project is being run by the Governors Bay Jetty Restoration Trust.

In March, the council granted the trust a loan of $1.5 million, in addition to a $935,000 grant, which allowed them to sign the construction contracts.

“The application didn’t meet the requirements of the loan scheme, namely to be able to provide sufficient security for the loan and the likelihood of repayment.”

Despite this advice from Callander, councillors unanimously agreed on the loan.

Last week, the trust went back to the council asking for a $815,000 capital grant, stating they would like them to pay for half of the build.

In the meeting, secretary of the trust Louisa Eades, likened the Governors Bay jetty rebuild to the New Brighton Pier rebuild.

“After 30 years of lobbying and fundraising the Pier and Foreshore Society raised almost $2 million, which was matched by $2 million from Christchurch City Council.”

Eades says the Governors Bay Jetty Restoration Trust has been lobbying and fundraising for over seven years, and they have raised $920,000 to date.

Since the council paid for half of the New Brighton pier restoration, Eades says they should pay for half of the jetty - especially since the water is accessible from the jetty, unlike the pier.

Prue Miller, chairwoman of the trust, says she’s confident they will be able to raise this.

"Its just about when we raise it and having that loan might mean we have to draw a bit of the loan and have events over the next year or two to repay that."

Despite this, Miller did admit Covid had impacted their fundraising events.

The trust entered a partnership with the Christchurch Foundation to help raise funds.

They were meant to have a launch night in February to get funding from the guests that attended, but with Covid erupting around this time, it got cancelled.

Miller said they were still hoping to have the launch night in July, if all goes to plan.

The business ‘Showtime’, which provides tribute concerts, also promised to run two concerts a year for the next four years to help raise funds.

“We were hoping to raise about 50k per concert, but the first concert for the Beatles was scheduled for early April and that got cancelled because of Covid.”

Miller says having the $1.5 million council loan means they will still be able to have these concerts in the future to fundraise.

“The trust isn’t stopping once we have built the jetty. We will own the boathouse which will provide us a source of income, and we are doing storage for paddle boards and kayaks."

The old material from the current jetty will be taken out and salvaged and they are looking for a buyer. The money from this will help to reduce the fundraising costs, says Miller.

The trust has already got secure plans in place, having contracts with HEB Construction and LMA Timber, who will work together to start the rebuild in August.

Martin Thompson from LMA Timber has ordered the sustainable hardwood from Australia, which will be felled and transported to the Lyttelton Port in August.

The hand rails and some planks are coming from a eucalyptus plantation at Little River. This material has already been felled and milled in the last couple of years and is ready to go.

“In construction at the moment it’s quite rare to get a fixed priced bill contract, because builders aren’t going to take on the risk or they’re going to price that in and its going to be high,” said Miller.

Miller said they were lucky to have a builder they work well with, and get a fixed pricing of $3.5 million, although she said they couldn’t get fixed pricing for shipping and potential contingencies.

Miller said the rebuild was important to preserve the history, improve accessibility to the water, and provide the public with a safe and sheltered spot.

"Being on the water without being in it, is important for mental health. There’s a lot of studies done on how important being around water is." 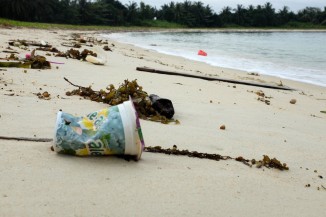 We've dealt with single-use plastic bags. Now it's time to get rid of straws, stirrers and fruit stickers. 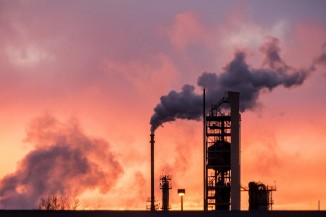 The Christchurch City Council has released a new survey asking for resident's to voice their opinions on climate change.