The Government has planned a monumental 1080 drop on South Island forests this autumn.

The Department of Conservation says there will be heavy seeding in New Zealand forests in 2019, the biggest in more than 40 years - with most set for South Island forests.

This would provide a bounty of food for native species, but also fuel rodent and stoat plagues threatening native birds and other wildlife.

"DoC is planning its largest-ever predator control programme for 2019/2020, at a cost of $38 million to suppress rats, stoats and possums over about one million hectares or 12 percent of conservation land," Conservation Minister Eugenie Sage says.

"Responding to the increased threat from introduced predators during such a big mast year is critical if we are to retain our unique native species that set New Zealand apart from the rest of the world," Sage says.

In response, DoC's Tiakina Ngā Manu predator control programme, previously known as Battle for our Birds, will see more than 66,000 hectares of trapping with the remainder - more than 900,000 hectares - aerial dropped DoC 1080 operations.

Sage said it's a step up from the largest programme overseen by former National Party Conservation Minister Maggie Barry, of 840,000 hectares in 2016, when there were significant but smaller mast events.

In a mast year, trees produce large amounts of seed. This boosts rodent numbers, and in turn stoat numbers. When the seed is gone, the plague of predators turn to native birds, bats, lizards and insects. 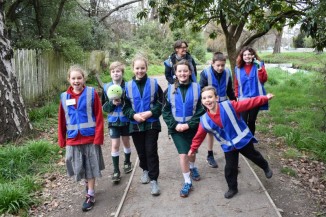 Students unite for a Healthy Ōpāwaho

Students are working towards something much bigger than themselves.