No official warning has been issued to Gloriavale, even though a new government investigation found serious allegations of abuse, assault and controlling environments.

The Newsroom website first reported the probe began in 2015 after media reported an increase in people leaving.

The investigators said it would be inappropriate to give an official warning to the Gloriavale Trust.

The inquiry believed the Trust would follow the 18 actions asked of them as a result of the findings.

They must follow these actions to retain their charitable status and receive tax exemptions.

These actions include making a formal policy to deal with sexual and physical assault complaints, that there would be no isolation of members as punishment and that any member who wishes to leave does not become shunned by the community.

An ex-Gloriavale member, who wishes to remain anonymous, said they "hope the recent uncoverings are a catalyst for a closer monitoring of the community."

They also hoped the findings would allow for a continued relationship between community members and those that have left, if both wish to do so, and would like a better system in place for members that leave and their integration into the outside world.

Massey University Religion expert Peter Lineham said the report showed there are very serious problems going on, different to what the TVNZ Gloriavale documentaries reported, and an official warning to Gloriavale would mean quicker action if anything re-occurs.

Lineham said it concerned him the Trust had made no commitment to automatically report to police any breaches of New Zealand law.

He said essentially the Trust had taken a position where it will still make its own decisions on what it believes is unlawful within their community. 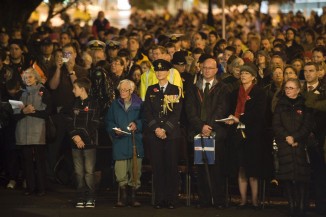 Wifi will be hosting this year's Anzac Day 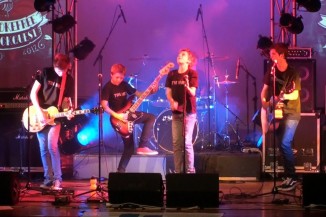 In a decade Christchurch has gone from nearly 10 all-ages venues, down to zero.