A Flemish Giant has escaped its cage, attacking neighborhood bunnies and munching on vegetable patches

Members of the Burnside community were visited by a troublesome rabbit last week, with one woman describing the experience as a nightmare.

Gina Grigor, who owns five Mini Lop bunnies, grew frustrated after the rogue bunny visited her garden and successfully broke into the hutch.

On Thursday morning Grigor awoke to her rabbit, Wolfie, having been chased around the garden by the Flemish Giant all night and likely been mated with.

She said Wolfie who is heavily pregnant, was traumatised by the ordeal, and had to her  her hutch moved indoors because she would hide constantly.

Grigor was worried the rabbit may have impregnated Wolfie, and would need to take her to the vet after she gives birth to her current litter, as the smaller bunny would die during pregnancy.

The Flemish Giant is the largest breed of domestic rabbit, with some having grown to sizes comparable to a small dog.

Grigor said the escaped bunny first visited her last weekend, when it successfully broke open her rabbits cages and continued to visit another four times.

She was frustrated with the owner of the rabbit who she called irresponsible, having told them about the damage done to her bunny hutch and them not offering to pay for the damages or managing to secure their rabbit.

The Flemish Giant also caused trouble in other parts of the neighborhood, with eight different people paying a visit to Grigor thinking the damage to their gardens and vegetable patches were caused by her rabbits.

The massive rabbit has since been handed into an animal sanctuary where it has been desexed and is living with other bunnies of its size. 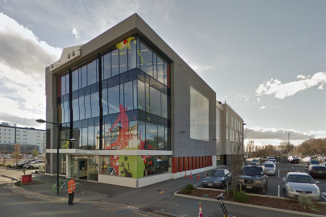 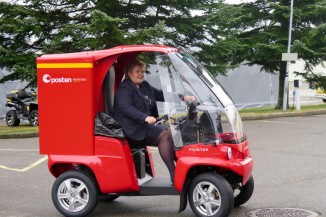 Posties given no say on new vehicles

Christchurch posties will soon be hopping off their bicycles and delivering mail on four wheels.