People who identify as gender diverse should not have to be forced to use gender specific toilets.

When it comes to using a bathroom, most people do not think twice about which one they use.

For the gender diverse community it is not that simple. Identifying as gender diverse is a collective term for people who do not identify as the binary ideal of 'man' or 'woman'.

Not having gender diverse bathrooms caused a sense of isolation for the individual and more often than not, stress and anxiety, Anderson said.

"We need to make our facilities safe and inclusive for all young people."

Anderson said removing the signs would help people who identified as gender diverse and would lead to positive cultural change.

At Shirley Boys' High School, the toilets are assigned to student and staff rather than women and men.

Principal John Laurenson said this was to make them more inclusive to the gender diverse community.

Laurenson said it was not important to have allocated signs when it came to using the facilities.

"These toilets are important for me for me to feel comfortable at school and saves me from having to wait until I get home to use the toilet," Bond said.

Bond said having more gender-neutral bathrooms in schools could benefit a lot of people giving them a safe place, where they can use the bathroom, comfortably.

"Here I find the bathrooms are much easier to use if they're gender neutral." 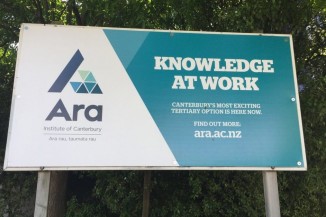 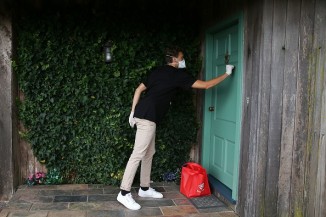 As the country remains in lockdown, some secondary school students are learning through non-traditional means such as volunteering.