New Zealanders may have an extended wait for Samsung’s new Galaxy Fold.

The new device is due for release in the US and India in April and Europe in May but Samsung had "no plans to launch it in New Zealand", Samsung’s PR Manager Simon Smith said.

The Samsung Galaxy Fold was officially unveiled in February at the company's Galaxy Unpacked event in San Francisco.

Senior vice president of mobile product marketing Justin Denison said the new device was "a powerful smartphone and a revolutionary tablet all in a single premium package."

When folded, the Galaxy Fold has a 4.6-inch display. Unfolded, the display is 7.3 inches and enables the user to multitask, for example watching a video while messaging a friend.

New Zealand is not the only country left off Samsung's radar. Australian users are also eagerly awaiting news on the Galaxy Fold.

Gray Cooke, 26, a Samsung enthusiast from Sydney, said he had been going through more than 1000 Twitter posts and search results a day looking for news.

"I tweeted Samsung asking about an Australian release and got no answers," Gray said.

"I always find it strange how those of us out here on these floating rocks seem to be last to the party when it comes to tech releases."

Another Samsung Fold fan, Fanis Poulinakis from New York, said that while April 25 had been confirmed as the release date, he was waiting to find out when pre-orders would start.

Harinder Singh, 46, from Hamilton, said he was looking forward to the release.

"I think I will wait for the Gen 2, though I don't think it's even going to get released here from what I heard… I won’t even get my hands on it."

Samsung is not short of competitors when it comes to foldable phones as both Huawei and Oppo will launch devices this year. The Huawei Mate X is set to be released in June and no release date has yet to be set by Oppo. 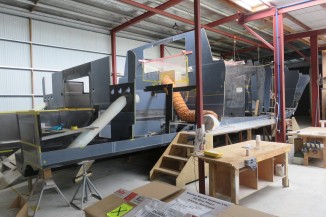 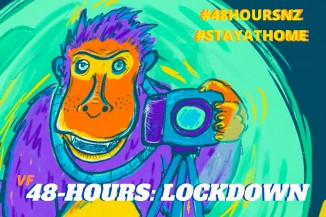