'For What We Have Endured' is a short film I wrote and directed. Set in 1981 New Zealand during the Springbok Tour protests, it follows the conflict between a teen who supports the protests and his father who as a police officer must oppose the movement.

While conceptualizing I latched onto the idea of a local period piece centred on activism, and with the 40 year anniversary of the Springbok Protests approaching I developed the concept of a drama that explored the tension and conflict between friends and family who held opposing views on the tour.

The opening scene was a mammoth to coordinate and was also the first scene we shot. We had to dress the living room to resemble an 80's party, made more difficult because the scene opens with one long tracking shot (53 seconds) so we needed every corner of the room to look believably 80's and had to find creative solutions to light the set. We also had to ensure all the cast were clothed accurately and with 13 extras and 5 actors it required intricate blocking and continuity checks. We had rehearsed the scuffle prior to the shoot and it paid off with spectacular reactions from the genuinely shocked extras who weren't expecting it to seem so realistic!

Blocking was slow, but after a dinner break everyone returned energized and we smashed through the filming in about an hour and a half! We had a fantastic team of extras and actors who all took great initiative memorizing their movements for continuity and battled through the stifling heat of the packed-out lounge on a summer night.

That evening was a genuine highlight and I'm remarkably proud of the effort our crew made in pulling it off so well.

For the dinner scene and bedroom scene we had to film during the day - our solution was to gaffer-tape large tarpaulins to the exterior of the windows and even placed crew outside to hold it against gusterly winds. 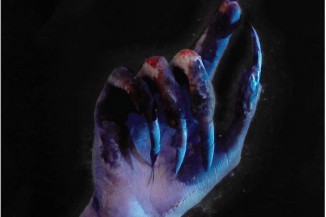 This is a horror short film I worked on as an art director! 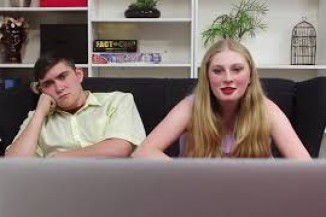 A short film I edited as part of the 2017 48hours competition.