Wellington Airport has now resumed flights in and out of the fog-stricken capital, but Christchurch locals are now left being late to work conferences and missing appointments to renew passports.

Wellington Airport has resumed flights after fog in the capital cause extensive delays affecting travellers in Christchurch.

Christchurch man Josh Juanitis was one of the thousands affected by the delays. He had been delayed for 24 hours.

Juanitis needed to get to Wellington for an appointment to renew his passport. He was worried because he had to keep rescheduling the appointment.

"Lately, our scheduled flight has not been the board, we don't know what's happening now because there's no more details on the board."

Helen Wilton was attending a conference in Wellington this morning. She was confident she would make it, but felt sorry for the conference organisers who had to reschedule the day.

Airport staff worked up to 11-hour shifts to help clear the back-log of passengers, and Air New Zealand brought bigger airlines in to help stranded passengers get to their destinations quicker.

Two flights in the space of five minutes departed to the capital just after 8am. Departures have continued in a half-hour cycle.

Interviews with passengers at Christchurch Airport 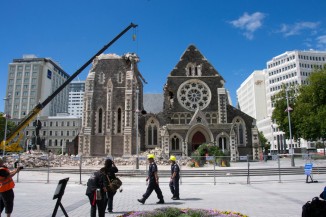 Opinions are divided on the Christchurch Catherdral 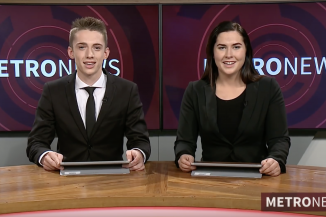