Residential and commercial tenants are expected to breath new life into the heritage-listed Wood Brothers Mill once a part of the redevelopment project gets a final sign off in the coming weeks.

The building's developer and owner, structural engineer Michael King, said the mill building - one of two buildings on the site - is essentially complete and just needs the final code of compliance sign off from the city council.

Once the mill building has been reopened, King has planned to fit out the larger grain building, which has been structurally restored, with apartments and small restaurants.

A revamp to the theatre on the site has been planned too.

The Wood Brothers mill can be found just off Lincoln Road, near the Court Theatre.

The mill building will mainly be offices, King said, but he admitted one buyer was hoping to turn a floor into an apartment-office hybrid.

Space inside the heritage site is available by negotiation.

"That is essentially what I wanted to happen here," King said, adding that the point of the project was not to have people live in his vision, but for them to leave their own mark.

"I'm hoping that this will be a little catalyst to help this little corner of the city create its own little vibe and its own little fun," King said. 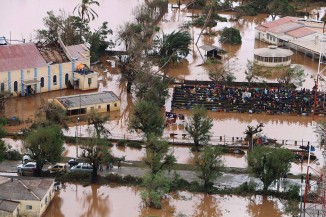 Worst yet to come for Cyclone Idai victims

One of the worst tropical cyclones has left behind a magnitude aftermath for Africa. 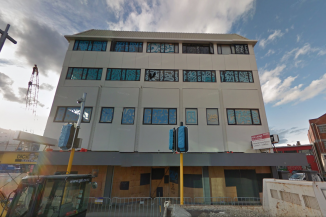 Lincoln House to be restored

A quake-damaged building, which has been empty since the 2011 earthquakes, will retain its vibe by keeping some of its graffiti.