A student flat in Riccarton is "completely ruined" after a fire just before 4am Monday.

Eight students lived in the flat on Lochee Rd in Upper Riccarton.

One of them, Jacob Bignell, said the two who were asleep when the fire started "barely escaped with their lives". They were forced to jump into their swimming pool from a window to escape.

Bignell said the flat mates had lost all their possessions in the fire, including clothes and university books.

St Albans fire station officer Peter McArdle said the cause of the fire was being investigated.

He said while the students were unharmed, an elderly lady living next door had a heart attack after the fire. He condition was unknown.

Neighbour Hannah Power, who helped move the lady to safety, said she considered moving her belongings out too because of the fire.

She said "flames were coming out" of the windows, but when the firefighters arrived they quickly doused the fire.

Power said she was pleased fire alarms were installed to alert the sleeping students. 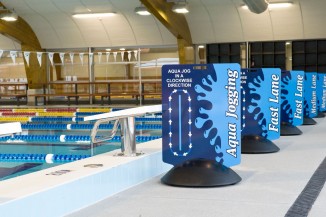 Luke Hempleman spoke to residents about the issue. 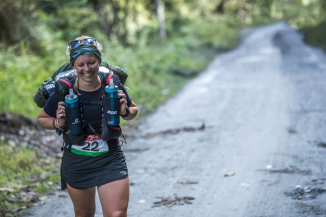 Hollie Woodhouse is preparing for her biggest challenge yet.