The CEO of Endometriosis NZ suspects many more women suffer from the inflammatory disease than people realise.

Endometriosis is a disease that affects one in ten New Zealand women.

But Endometriosis New Zealand CEO Deborah Bush suspects the figure is much bigger.

"When we're talking about one in ten, I wonder if that figure is actually a bit distorted and if we're not talking about a much larger portion of the population".

Bush says Endometriosis New Zealand has launched a social media campaign as part of an awareness month for the disease.

She says the open public forum of social media is a great way to help people understand just how serious the condition is.

"Society actually doesn't seem to give a toss. People who have it care enormously, and in many ways, I use the term crying for help."

28-year-old Siobhan Choat has struggled with endometriosis since she was around 13 years old.

She says it still interferes with her daily life and she suffers from depression because of it.

"I actually got told by a certain doctor that there was nothing wrong with me and that it was all in my head and that I pretty much had to toughen up".

Choat agrees that social media is the right way to inform society about endometriosis.

"I do think that social media has helped. I find that talking about it helps a lot... The more you talk about it, the more they understand". 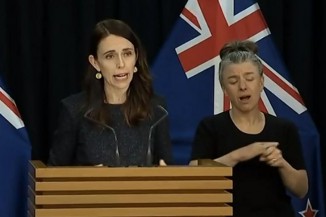 After 102 days New Zealand has its first case of Covid-19, outside of an isolation facility.