The Bromley odour is finally being taken care of, but residents are confused why it didn't happen quicker.

The Christchurch City Council yesterday announced the cleaning of the wastewater treatment plant tanks. This comes seven months after the plant caught on fire.

Council plans to have it finished by early Spring.

Upset resident, Don Gould, feels the job could be done in a third of the time.

He said they should be looking at bringing more resources so they can do it quickly.

Bromley isn’t where he resides, but he’s still affected by the smell.

Gould believes it shouldn’t take four months to empty the tanks, which are the volume of 10 Olympic swimming pools.

He says the city has enough resources and trucks available for it to be done.

“The stench across the city over the weekend was completely unacceptable and we cannot be asking these communities to go without fresh air, day after day, for four months.”

Sewercrisis.nz is a website Gould created, where residents can see updates, background, upcoming events, and resources.

Even though the council has started to act, Gould still wants to create awareness of the smell and the problems it has caused.

After yesterday's announcement, Gould wanted to know why it had taken so long, and what would happen to the tanks after the clean.

He was also curious about the future for ratepayers. Being a ratepayer himself, he and a few other residents are interested in rates rebate due to the smell.

The council has not yet responded to these questions.

The odour has affected a lot of residents across Christchurch, not just in Bromley. A lot of people have reported it affecting their physical and mental health.

One resident said they used to be in pretty good health, but recently they've felt exhausted and very ill.

A visitor to the city said the smell was so bad, she dry heaved. She mentioned she grew up on a farm smelling cow dung daily, but she had never smelt anything worse until last week.

“I’m coming back down next weekend … I sure as hell will bring a nose peg.”

For people who can smell the stench, they can report it through Environment Canterbury’s (ECan) Smelt-it app/website.

The app has the support of the community, as it shows the council how much of a problem the smell has become.

An ECan spokesperson said they started running the app back in 2019/2020 but after the fire last year they saw a huge influx of residents using it.

ECan hasn’t found any specific trends in the data that amplifies the smell.

Christchurch City Council is holding a meeting today to discuss the wastewater plant and Don Gould will be making a deputation. 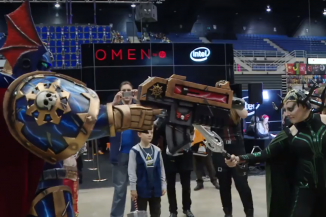 Check out the weird and wonderful world of Armageddon. 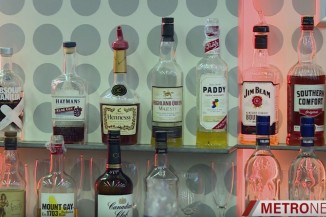 The Foundry bar at the University of Canterbury is moving to a shiny new building.