Riverside Market is likely to get a covered canopy for its outdoor seating on Oxfrod Tce.

Christchurch City councillors unanimously supported the proposal, which will be considered by the council's head of transport, Richard Osborne.

Osborne presented the idea at a public city council meeting on Thursday, saying the cover would shelter people from Canterbury's "four seasons in one day".

The covered seating would also help businesses at Riverside during the colder winter months.

City councillor Sara Templeton raised concerns about the narrowing of the roadway, causing issues for service vehicles and potential for damaging plantings.

Councillor Yani Johansen questioned Osborne about the maintenance of the expensive paved pedestrian pathway on Oxford Tce outside the market.

Osborne alleviated their concerns, saying there would be plenty of space for service vehicles and pedestrians and that the paving maintenance would be resolved in conjuntion with business owners.

Mayor Lianne Dalziel supported the structure and the praised the impact the Riverside Market had on the inner city. 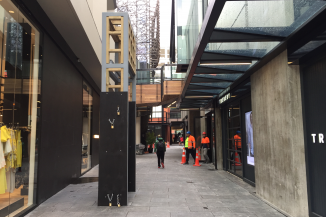 Stores full of confidence after thousands of people turn up on opening day. 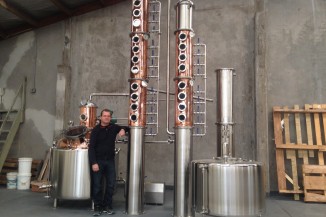