With a trans-Tasman bubble two weeks away, Kiwis have done their bit to sustain the aviation industry through domestic air-travel.

Air New Zealand Chief Customer and Sales Officer Leanne Geraghty said more crew had been brought in and an A321 aircraft deployed to service the world's strongest domestic travel market.

Domestic air-travel had returned to 90 percent of pre-pandemic levels, far exceeding initial estimates of getting to 70 percent by 2022.

US-based consulting Oliver Wynan firm has analysed the impact of Covid-19 on arline economics. It found the pandemic has depressed domestic markets all over the world and wiped out two decades of demand growth.

In the US, for the whole of last year and the first couple of months of this year, domestic air travel has operated at 40 percent of 2019 levels, according to the analysis.

Board of Airline Representatives New Zealand (BARNZ) executive director Justin Tighe-Umbers said restarting an industry that had been mostly hibernating for a year, required a huge effort.

He praised the resilience of those working in the industry as they coped with strict new processes to keep travellers, air crew and aviation staff safe.

Christchurch couple Bill and Sarah Shipman recently spent four weeks in the North Island, after their trip to the UK for their 30th wedding anniversary was cancelled.

The couple said that they were disappointed at first, but happy that they could fly around their own country and spend some money here. 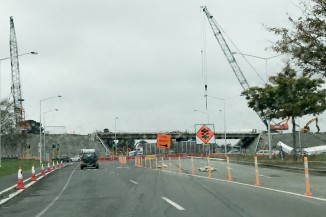 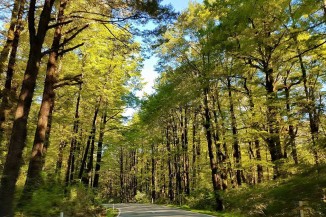 The New Zealand Transport Agency has warned commuters to expect delays through the Lewis Pass and Murchison on Sunday night.