A collaboration of helping hands has organised an event at Exchange Christchurch (XCHC) on Saturday, August 4.

Everybody Eats is a programme launched in Auckland, which involves chefs making nutritious meals with donated food. Attendees pay by choice and it's open to anyone to come to. The Everybody Helps aspect offers free haircuts, clothes swaps, coffees, basic barista training, potluck style food and guest speakers.

XCHC operator Preston Hegel, 26, said the success of the programme was down to the nature of people. "People want to do something to help."

XCHC was established four years ago as a response to the displacement of many creatives after the earthquakes. It has many functions, including a coworking space, a cafe, accommodation and a production space.

StreetWise, a charity helping people on the streets of Christchurch, is a big part of the event.

River Jayden, who runs StreetWise, said she hoped "the event will break stigmas surrounding our street whanau and connect whanau to people who can help".

Another aspect of the event is the street art decorating the walls of XCHC.

A group of professional street artists from 'The Rad Collective' and community members spray-painted the walls to "bring the streets inside", said Jayden.

"Our street whanau identify with that as part of their home."

Some Christchurch children helping the homeless have also made their mark on the walls.

Mary Taylor, 12, who runs 'Spread the Love Packages' added to the wall, while Maiyah Martin, 7, who sells baked goods to make toiletry packs for the homeless, also contributed.

This weekend's event is open to everyone

"It's just a case of show up and bring food if you want [to]," Hegel said.

There is a Givealittle page to support the event. 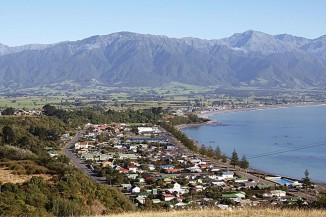 Kaikoura looks to Christchurch for help with insurance 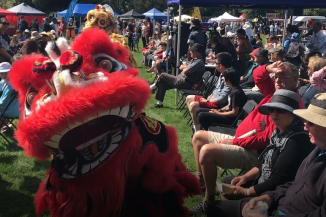