Experts say diabetes is one of the most misunderstood serious health conditions in New Zealand, and it may be our deadliest.

November is Diabetes action month and the theme is “Know the Difference”.

Diabetes Christchurch manager Lynne Taylor said there was a misconception that all diabetes came from over-consumption of unhealthy food.

“There are three types of Diabetes predominantly in New Zealand. Type 1, type 2, and gestational… the type 1’s particularly like you to be aware that there is a difference.”

He used the platform to speak out about his type 1 diabetes.

Renall said it was frustrating when people confused type 1 and type 2 diabetes.

He said the two conditions should have different names so that people would be more aware of the differences in the conditions.

So what is the difference?

Diabetes New Zealand described type 1 as an “‘autoimmune’ condition” in which the body “sets up an attack against the cells within it that make insulin''.

Type 2 is defined as “either the body doesn’t produce enough insulin, or the cells in the body don’t recognise the insulin that is present''.

According to Diabetes New Zealand, those in lower socio-economic groups were more likely to have type 2 diabetes due to poor access to healthy food and exercise options.

Taylor said Maori and Pasifika people were more than 50 per cent more likely than those of European descent to get diabetes.

“Their [Maori and Pasifika peoples’] prevalence rate of getting diabetes is still twice the normal European rate. So about 17,800 of our population [in Christchurch] are European, about 8 per cent are Pasifika, and about 10 per cent Maori.”

Taylor said diabetes is the leading factor in strokes and many other serious medical conditions.

“It is the number one killer. But sadly you don’t die of diabetes, you die of a stroke or a heart attack which happen because of the diabetes.”

She said the Ministry of Health need to recognise diabetes as the cause of many more of these deadly health conditions.

“Until the ministry take up that it is the number one killer in New Zealand - so taking the heart attacks, the strokes, the amputations and complications - if you put more money into helping educate people about their diabetes, you’ll prevent those long-term complications.”

Taylor said the number of people in New Zealand diagnosed with diabetes rose by about 60 per day.

“At least 40 people a day are diagnosed in Auckland alone, in Canterbury, it’s around 19 a day.”

The plan outlined the importance of addressing obesity in New Zealand in order to reduce the number of people being diagnosed with type 2 diabetes.

Health minister at the time, Jonathan Coleman, said the plan was “to address the important needs” of the then more than 257,000 New Zealanders living with diabetes.

This number does not include the approximately 100,000 more New Zealanders living with an undiagnosed form of diabetes.

Renall said growing up with diabetes put a lot of pressure on his parents and siblings.

He wanted people to know about the effects that diabetes can have on lives of not only those suffering and those around them.

“It’s major for parents, aye. You’ve got to be constantly monitoring your kid; what they eat, when they exercise, and even then it’s real hard work. A lot of time spent in the hospital, there’s monthly check-ups.” 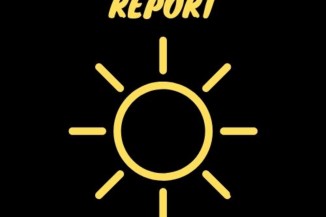 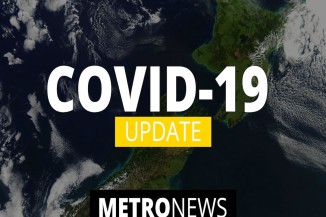