The dairy on Colombo St between Purchas St and Cannon St was robbed at 6.45pm on Sunday.

In a statement, police said three teenagers aged 15, 16 and 17 were arrested, while a fourth evaded officers after the robbery.

The three teens are due to appear in the Youth Court in Christchurch today to face a raft of charges including aggravated robbery and unlawfully taking a car.

The owner of Edgeware Dairy declined speak with METRONEWS as he was busy with insurance and re-opening the shop.

Are New Zealanders afraid to talk about sexual abuse? 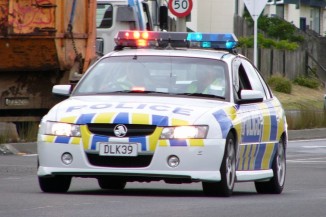 "There was yelling, and it was too scary, and I was yelling as well, I was trying to encourage myself and scare them."