A concerned surfer can't understand the NZTA's plan to build a cycleway along one of the best surfing spots in the country.

The NZTA's plan to build a cycleway along one of the country's best surfing spots is causing concerns about the environment and safety.

The proposed cycleway along Mangamaunu bay north of Kaikoura could have "adverse effects" on the surf break, which is considered an Outstanding Natural Feature (ONF).

Annie Bermingham of the Surfbreak Protection Society said she can't understand why the NZTA are trying to rush through the plans.

"It's considered in the wave guide for New Zealand surf breaks as one of the best. It seems bizarre to build something around this wild and pristine point break." Bermingham said.

The cycleway is being pushed through under emergency legislation passed after the Kaikoura earthquake, which was meant for road and landscape repairs.

Bermingham believes the cycle way wouldn't be allowed under the Resource Management Act, as the bay had the same level of protection as a National Park prior to the emergency legislation.

"If it were to go through a full RMA process, it would have the benefit  of all the community knowledge, and they will have to look after the bay appropriately and respect the environment."

The NZTA were contacted for comment but did not respond. 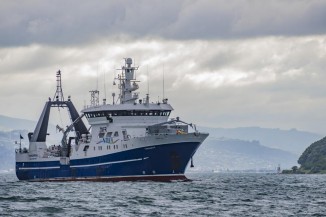 Scientists return from a six-week voyage with research on Antarctica's 'marine protected area'. 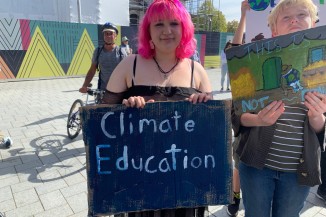 Concerns for environmental education for the youth of Canterbury have been expressed by students and professionals.