The 'munted' Medway Street Bridge legacy lives on; and the community's excited for the next chapter in Christchurch's future.

Dozens of community members, young and old, are celebrating the opening of the new Medway Street Bridge.

The original bridge was irreparably damaged in the February 2011 Earthquake, leaving it contorted and dubbed the 'munted' Medway St Bridge.

The new reinforced concrete and steel bridge was officially opened in a ceremony on Friday morning by members of the Ōtākaro-Avon Network, Community Boards, Iwi, Peter Beck (former Dean of the Christchurch Cathedral), and as a select group of residents, past and present, who shared their memories.

The bridge is one of three dotted along the Ōtākaro-Avon corridor, this one links Avonside Drive and River Road once more. Two others are to be opened at Avondale, and Snell Place. HEB Construction, the City Council contractors for the projects, are confident in their ability to withstand any future quakes in the future, many at the opening commenting on its strong design.

Community Board Chairwoman Alexandra Davis is one of those who believes that the new bridge is a symbol of hope, and shows how Christchurch can, and will, build back better and is creating an enduring legacy. She was moved to tears by former resident Thomas McBrearty's memories of the area as a child, and while raising a family. McBrearty spoke of the importance of linking both sides of the river, and recognising faces from the other side before knowing their names.

Davis is excited about the prospect of creating a memorial art piece out of the three pieces of the old bridge. A project is being led by Ōtākaro-Avon Network Manager, Hayley Guglietta, who's determined to create a memorial from the 'munted' steel frames once they have served their purpose as temporary features around the city. Guglietta is excited to put the call out to local artists to realise their vision for the former crossing. 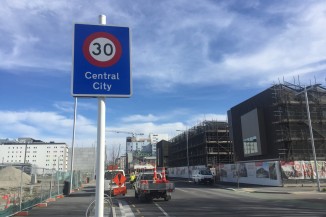 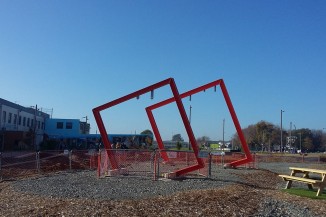