There have been many carbon boats built in NZ, however most are used for racing.

Now Scott Lane Builders are working on what they believe is a world-first: a carbon-infused foiling pleasure Power Cat.

Scott Lane said what sets the boat apart is that it is a pleasure craft built using a resin infusion process.

The project has about 50,000 man-hours tied into it - the equivalent of 25 years for one person.

At 20m long, the foiling catamaran will be incredibly strong and light, being fully carbon-built. The foiling capability will also allow it to get through any sea at high speed.

The custom-built boat was designed by Roger Hill.

It includes a helipad, and a transom area with a massive rise and fall hydraulic platform incorporating the dinghy garage.

The project started with the moulds, from which Nic de May Yachts in Tauranga produced epoxy-infused carbon components.

Once the major carbon components were ready, assembly began.

"The major bulkheads are in. The diesel and water tanks are completed. The engine room is almost complete and ready for paint and the interior fit-out will be started very soon," said Scott.

Despite 20 years of boat-building, carbon is a very new experience for the company.

"Carbon can be a challenge to work with. It's been a different way of working for us. We have all learned a lot and have had to gear up in our workshop in different ways."

The boat holds 9400 litres of fuel, 2100 litres of water and has a cruising range of 900 nautical miles at wide-open throttle.

There are two V8 MANS engines, each 1300 horsepower, and the boat can achieve a top speed of 45 knots.

With a 7m beamwidth, the catamaran has three double cabins, two with ensuites, and a twin single cabin, as well as six air conditioning units.

Scott said it was hard to predict how long the build would take because of time lost during lockdown, however once it is complete he hopes to create another.

You can visit the following link for more photos of the boat building process: 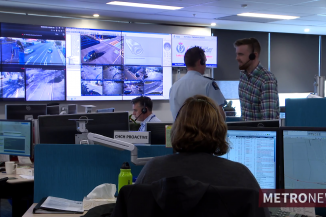 Emergency Services can start tracking your mobile when you call 111