City councillor says plan should should go ahead, regardless of opposition.

The plan proposes to re-zone about 125 hectares of land west of Cranford St for residential development, with 38 hectares to be made available for housing.

Crown-owned company Ōtākaro has opposed the Christchurch City Council's plans, saying it would undermine housing development in the central city.

"As the Crown-owned company responsible for delivering the East frame residential neighbourhood in the central city, Otakaro would be unable to support the proposed re-zoning of greenfield land in the Cranford area if it was shown to undermine the Crown's investment of taxpayer money in the East frame," Ōtākaro's chief executive Albert Brantley said.

The East Frame development is a project with more than 900 new apartments and terraced townhouses.

City Councillor David East said housing plans in the west and in the city centre were different and could not be compared.

"The subdivision style of the inner city and Cranford Basin are quite different and to draw conclusions that one will impact the other are ill-founded in my opinion," East said.

The Cranford Basin plans had been in the works for years.

Public comment on the draft plan opens in three days. 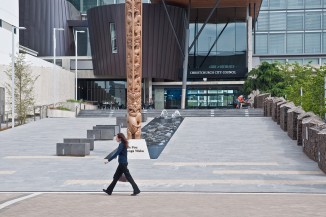 City council considers rates rise for Airbnb owners after complaints about the rising number of listings in Christchurch. 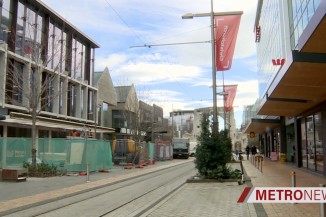 The developer behind the new central city farmers market is confident it will work - despite an oversupply of hospitality venues.