Consumer demand for free range eggs is growing and as the industry scrambles to keep up - are you getting what you pay for?

Imagine free range eggs… What do you think of?

A small, idyllic farm in the New Zealand countryside. Well-fed chickens running through lush fields of grass and popping out an egg for a happy farmer?

What about large, industrialised barns. Thousands of birds in cramped conditions and minimal access outdoors to live the “free range” life.

This is the reality of New Zealand’s free range eggs industry.

According to the New Zealand government, there’s no legal definition of what “free range” is.

Rob Darby’s been running his boutique free range egg business, FRENZ, since 1989. Darby reckons he was one of the first to commercially sell free range eggs in New Zealand.

He thinks the term’s turned into a phrase used by larger egg companies to get more ethically-driven consumers to buy their eggs.

“Free range and sustainable has now become a marketing term. It no longer means what it says.”

Free range egg farmers have to follow rules and regulations to look after the chickens and sell their eggs. The minimum standard farmers have to meet is set out in the Code of Welfare for layer hens. Failure to follow this code isn’t an offense, it instead exists as guidance.

If farmers are producing their eggs for further sale, they have to meet food safety standards. The Ministry for Primary Industries (MPI) checks farms against these standards but doesn’t extend to checking farms are true to their free range claim.

If this isn’t a confusing enough patchwork of regulations, the commerce commission plays a role if companies are misleading. The Serious Fraud Office are investigating Palace Poultry after they labelled their caged eggs as free range earlier this year.

What none of these codes and regulations do is define free range as a farming system.

Scramble of rules and regulations

The welfare code for layer hens is pretty simple. It states the birds must have access to the outdoors and controls the stocking density of birds on a farm.

What the code doesn’t do is define how long the birds have access to the outdoors. Or the maximum flock size allowed on free range farms.

Darby says he’s heard of flock sizes of up to 20,000 and even bigger being planned.

He says many farmers take advantage of these rules by having massive flock numbers and controlling when they’re allowed access to the outdoors.

“The farmer knows that it’s better to leave them indoors late in the afternoon after all the eggs are laid, that way there’s cleaner eggs”

He says his birds at FRENZ have 24/7 access whenever they want it, something you don’t usually see on the bigger commercial farms.

“The birds can only go out so far, which is where free range and sustainable get abused. It’s a marketing term now because birds will only go 150 metres from the shed. If you’ve got 20,000 birds they’re not going to get out two kilometres from the shed like you’re going to expect.”

Do hens have 24/7 outdoor access on the bigger farms? Sutherland thinks so.

“It’s going to be two degrees outside today and start snowing. Do I send a heading dog into the chicken shed and make sure they all go outside today? We make the choice available and it's up to them to choose.”

Maybe the age-old joke is settled. Why did the chicken cross the road? Because the farmer let it - but the choice was made available to the chicken too.

What do the big players think?

MPI’s the biggest regulator when it comes to free range farming. Their main concern is the welfare of the birds, not whether something is free range or not.

Failure to comply with the animal welfare code isn’t an offence. MPI’s Manager for Animal Welfare Kate Litten says they use non-prosecution methods if a farm isn’t following the code.

MPI has no plans to change or review their welfare rules for free range hens in the future.

“Animal welfare rules are about animal welfare, not about defining what is essentially a marketing term.”

New Zealand has one of the highest rates of egg consumption in the world. An average New Zealander will eat 226 eggs a year.

It’s also one of the only countries free of chicken diseases, we don’t get any egg imports from overseas. All of the country's commercial eggs come from around 125 farms that produce one billion eggs a year.

The percentage of free range egg sales is growing by 37% a year. This is being influenced by the decision to phase out cage eggs by 2022 and consumers making more ethically-driven decisions about where their eggs are coming from.

The growing popularity means growing cost. It costs approximately $5 for a six-pack of free range eggs, whilst cage eggs are half the price at $2.60. Consumers expect a premium when buying free range eggs with a price difference like this.

What can consumers do?

Buying free range is still better for chicken welfare than cage or colony eggs. That doesn’t stop New Zealanders looking for broader options to fill the egg-shaped hole in their stomachs.

Backyard farming is one of them. A hobby that was popular with Kiwi families more than 100 years ago that’s making a comeback.

Farmers markets are another popular option. A place where local egg producers sell their eggs from smaller flocks and allow buyers to know exactly where their eggs are coming from.

The eggs are cheaper as well. An average six-pack of eggs from a market cost $3.

Poached, fried or scrambled isn't the only decision consumers have to make when it comes to eggs. There’s dozens of different free range options to choose from in the supermarket aisles.

Independent auditing systems such as the SPCA Bluetick scheme, AsureQuality and Biogrow exist to help you make a more ethical decision.

The Bluetick scheme has higher standards than the Code of Welfare for free range farming. They follow stricter rules and do annual and random checks on the brands involved in the scheme.

Darby thinks it’s up to the consumer to be aware.

“They’ve got to do research and go online and ask questions. If people will not let them on the farm to come and have a look and use excuses like biosecurity, be careful because they’re probably dodgy.”

Next time you’re buying eggs from the supermarket, remember the happy chicken running in a field of grass on the packaging may not be a reality. Those chickens may not spend life as you picture it - but it’s completely in the egg producers right to market it this way. 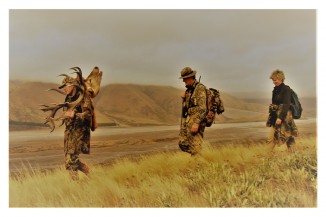 "There's always an upswing after a downturn" 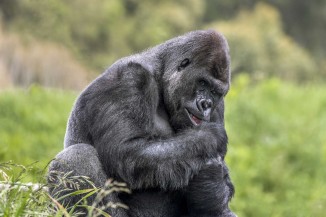 With $800 a week needed just to feed gorillas, the Covid-19 lockdown closure has cost the Canterbury wildlife park dearly.