The Government recently announced 962 motel units across 15 cities in New Zealand would be made available for homeless and vulnerable people. Some in Palmerston North have said this isn't enough.

Homes For People co-founder Cheri Birch said while the COVID-19 crisis had brought some people out of the woodwork, the new Government legislation was the ambulance at the bottom of the hill.

"It's useful and it is important but what is the next step for people? If the housing for these people was there at the start and the Government had a better look at the modelling over the last decade we wouldn’t have to provide the legislation that was recently released,” said Birch.

Homes For People provides transitional housing for homeless and vulnerable people as well as building permanent homes to fill the void the organisation believes the Government doesn’t cover.

Founder of Homes For People Darren Birch said the best thing the Government could do would be accelerate the timeframes to get consents and approvals and to give clarity on how affordable housing can be achieved.

Chris Dyhrberg from Palmerston North City Council's emergency office said in most cases, vulnerable people could be connected with the Ministry of Social Development, which had access to motel rooms and other accommodation options and funding.

Dyhrberg also said since the COVID-19 lockdown started there had been 25 requests for information regarding housing and nine vulnerable people had been placed into temporary accommodation.

Ben Schmidt, coordinator for the Manawatū Tenants’ Union, said the Government response was great but long overdue. There was always room for improvement, he said.

Schmidt said the Union was concerned about people falling through the cracks during the lockdown as they did not see people as often. It highlighted the need for the Government to do more in making sure people have access to safe, decent and affordable housing.

Te-Kai-Po Ahuriri, a Palmerston North man who has been working with homeless and vulnerable people for four years said the lockdown had made it 10 times harder for homeless people because aspects of their lives that involve interacting with the public were no longer there.

However, Ahuriri said the COVID-19 lockdown had brought some hope, largely because organisations that used to work individually had come together.

"There’s a great opportunity since these homeless and vulnerable people are all in one place for services to come to these motels and help out with people’s individual needs." 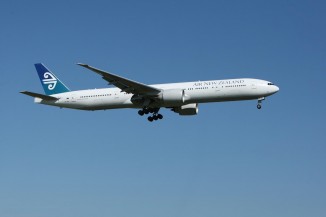