Thousands of Mormons were placed across the globe when COVID-19 struck, meaning some were rushed home before their two-year mission was completed.

For one Christchurch teenager, that meant he had to pack his things at short notice and get home whilst international travel was still an option.

Brigham Riwai-Couch had been in the Philippines almost a year and spent much of his time in the countryside where there was limited access to phone reception.

This meant that news of a global pandemic was slow to travel, and information was being passed through word of mouth.

"I had no clear insight into what was happening initially, we were kind of blind. So when it all came out it was a massive shock," Riwai-Couch said.

The Philippines were given two days' notice before lockdown was put in place, which saw hundreds of missionaries shuttled in vans to a central location back in the county's capital city Manilla.

Whist commercial flights were still available for those returning to New Zealand, Australia, and the Pacific Islands, the church had to charter flights to the United States to get their missionaries home.

Those of The Church of Jesus Christ of Latter-Day Saints are encouraged to serve their missions for two years, however that has been cut short, and it's unclear what will happen once Coronavirus settles down.

"It is still kind of cloudy what happens now. There is talk we might be reassigned in the North Island, but at the moment it is all over."

In the meantime, Riwai-Couch is happy to be back home with family after having to self-isolate on his return. Once lockdown levels are lowered, he is excited about returning to rugby and catching up with friends. 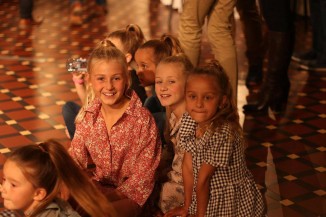 Fashion for a cause

The Ronald McDonald House fashion show is a successful event that has run for the last 10 years, and this year was the biggest yet. 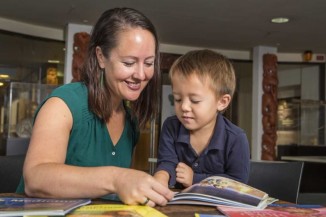