A Christchurch City Councillor has been stood down after accusing council staff of 'tampering' with district plans.

Coastal-Burwood ward councillor David East alleged council staff had wrongly removed a clause from a district plan that would have made it easier for Christchurch residents in the eastern suburbs to rebuild and repair their earthquake-damaged homes.

East made the allegations at a media conference on Monday, but Christchurch mayor Lianne Dalziel has since stood him down.

"I am extremely disappointed about Councillor East's allegations regarding tampering of the District Plan by staff. He is well aware that the appropriate course of action would have been to raise his concerns formally with the Council," Dalziel said.

She said East had been stood down as chair of the Regulatory Performance Committee while an investigation into his code of conduct.

Staff would be working to resolve the issue East raised, Dalziel said.

"There is a good trail of documentary that proves what I've said has some substance.

"Two of my colleagues on the local community board will attest under affidavit if necessary that council staff admitted they removed clause from the district plan."

Earlier this week, he said: "there are some people in the council organisation that did not want any further building in Southshore. So if you put all these obstacles up eventually people will get sick of living in the area and they can clear the whole lot out".

Earlier this week, the council's acting chief executive, Brendan Anstiss, said it was "inappropriate" for councillor East to make these allegations without basis. 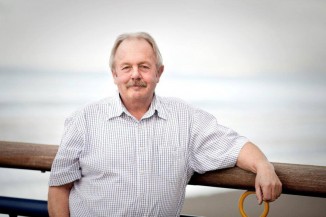