An Otago student chose to do it to get fit, now he believes he cannot stop as he runs for charity.

Aidan Barbour-Ryan, 20, decided to run every day for a year after a Youtuber named 'HellahGood' did it.

One month into his journey, he decided to do it for charity.

Barbour-Ryan is in his first year studying Commerce at the University of Otago and has always been active playing football, but now he has to chosen to run every day.

At first it was a personal challenge to keep himself fit, but he wanted to add another layer of meaning to his challenge.

Barbour-Ryan felt suicide was a big issue in New Zealand. "It needs to be okay for everyone to talk about."

He does not want sensitive conversations about suicide to be considered a burden.

His personal running journey began on June 6. He is now two months into the 365-day journey.

Previously, Barbour-Ryan had not done any competitive running.

"At the beginning I didn't like running, which was really tough, but now I couldn't go a day without running." 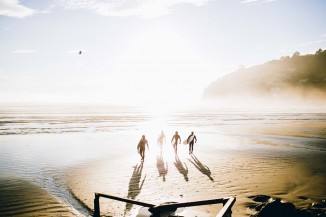 Long board surfing event held at Sumner Beach is recognised as one of the best of its kind around the world. 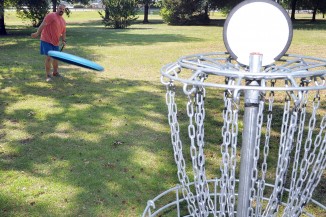 A disc golf competition on the Port Hills highlights how popular the new sport is becoming.