On August 13 last year, 36-year-old Tracey Sutherland got the news no woman wants to hear: she had stage two breast cancer and her future was uncertain.

Tracey had surgery to remove her right breast and underwent months of chemo and radiation therapy.

She had another surgery earlier this month to remove the lymph nodes from the same side after it was discovered cancer had spread.

“The cancer was moving quickly and because it had already hit my lymph nodes, they wanted to act fast, so there was never any discussion about removing my other breast at the same time,” she said. “I was told they’d discuss that later.”

Due to the size of the lump and the aggressiveness of cancer, her specialist recommended she see a geneticist to test for the cancer gene.

Thankfully, Tracey does not carry the gene, so the risk of cancer returning to her left breast reduced.

Once she finished the treatment, Tracey decided to investigate her options for removing her left breast as a preventative measure.

“I’m a single mum to two young kids. I wanted to make sure I was taking every precaution I could to ensure I was around to watch them grow up.”

Tracey was under the impression because she had aggressive breast cancer, she would automatically qualify for a double mastectomy and yearly mammograms.

Finding accurate information about her specific situation has been frustrating.

“I called numbers for organisations I found online and was referred to the National Screening Unit. I called them and was told they couldn’t help me because I was under 45, and to call the Canterbury branch instead. She told me she wasn’t 100 percent sure either and suggested I call the breast care team.”

Tracey says her breast care nurses are awesome, but under the pump, and cannot always answer the phone.

“I’ve been in limbo. When I remember to ask them at appointments, they tell me I’m entitled to the surgery, but it never seems to go further than that. There is so much contradicting information and it’s so confusing.”

Following the calls to the Breast Care team, Tracey received communication from them to clarify her treatment.

"Turns out I get yearly mammograms as part of my follow-up which is great. It's a huge relief," she said.

As for the removal of her second breast, Tracey is no closer to finding out if she qualifies.

She says it seems having a bilateral mastectomy is done on a case-by-case basis with the decision being up to the surgeon.

Health minister Andrew Little told 1NEWS in March he was going to take the issue up with the Ministry of Health “to make sure that we are getting that consistency across the country that I think everybody deserves in this day and age”.

Tracey has sound advice for all young men and women.

"Check your body for lumps and go to the doctor as soon as you notice something is off. It's better to be safe than sorry." 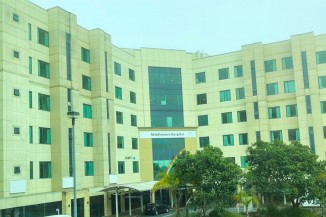 An overtired Auckland nurse almost microwaved a piece of paper that she was meant to photocopy.

Mental health services are in high demand in Canterbury.