Extinction Rebellion, a group asking for better government response to climate change, have called on the Christchurch City Council and Environment Canterbury to declare a climate emergency.

The group presented ten-minute public deputations to both councils this morning.

About twenty supporters from the group filled the public gallery with signs that included: 'Carbon Neutral Christchurch' and 'We want clean rivers'.

"The council has a big role to play in reducing carbon emissions and the burning of fossil fuels, don't leave it to central government," Extinction Rebellion member Julie Downard said in her presentation to the Christchurch City Council.

"The public doesn't understand the imminence of catastrophe," Downard said.

Later, at an Environment Canterbury public meeting, Downard asked the Canterbury Regional Council to be the people "that saw the truth, that acted, that prevented catastrophe."

At the end of the presentation, the council passed a resolution for Environment Canterbury's chief executive, Bill Bayfield, to reply to the group and state ECan's position. 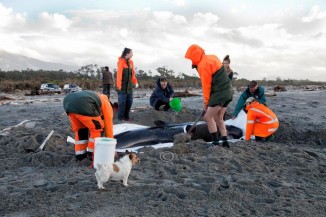 33 whales stranded on the West Coast

The whales are stuck near Haast - waiting for a high tide 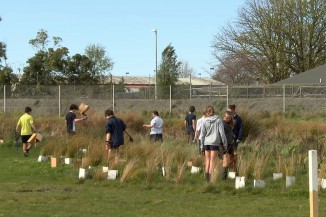 The future of Papanui Bush