The Christchurch City Council's Long Term Plan (LTP) contains a proposal to increase the hourly cost of street parking from $3.10 to $4.50 an hour, a 45.2 percent increase.

Meanwhile, the council-owned Lichfield St car park hourly rate would rise from $2.80 to $4, a 42.9 percent increase.

The draft LTP explains the increased charge is in line with parking costs in other major cities.

The cost of parking has not increased in the city since 2012. Prior to that, they increased annually.

The owner of DF Souvenirs in Cashel St, Richard Schneideman, said the proposal was unfair.

"The city council has an obligation to bring people into the city," he said.

"Get people thinking and give them a little nudge more towards active modes [of transport]."

She said the council was a "small player" in the car parking game.

The percentage-increase looked high because the rates were "really low" in the first place, Templeton said.

"There is lots of free parking. You just have to walk a couple blocks... and the mobility parking is free."

He said promoting alternative modes of transport was a "journey, rather than a snap of a finger".

Aligning parking prices in Christchurch with cities such as Wellington and Auckland made no sense to Gough, as retailers here were not competing retailers there.

"Sara Templeton is living on another planet as far as I’m concerned," Gough said.

"People drive their cars. It's just a fact of life. Would I like to incentivise alternative modes of transport? Sure. But you can't do it at the direct expense of how majority of people get around today." 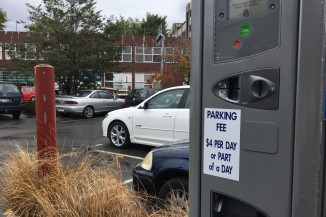 Ara Institute of Canterbury students are frustrated that the price of parking in the campus student car parks has risen from last year. 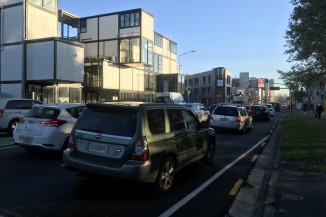 Those travelling in from north of the city should expect delays due to congestion on the northern motorway coming past Kaiapoi.