The Catholic Church won't rush plans to restore its Christchurch cathedral despite frustration about delays.

The Cathedral of the Blessed Sacrament was badly damaged by the 2011 February earthquake.

The late Bishop Barry Jones decided to restore the building's nave for $40 million, but after his death in February last year the work was put on hold until until his replacement is appointed.

The selection of a new bishop is done in secret and requires the approval of Pope Francis.

Canterbury diocese administrator Father Rick Loughnan said the Cathedral’s future was in the hands of the new bishop.

People were frustrated about the delay, but a bishop could be appointed ''tomorrow, it could be in six months''.

The church was about to conduct another assessment of the nave.

Loughnan said whatever the final decision, the new bishop was entering a unique situation.

He'd watched the furore over the Anglican cathedral restoration.

“I found it hard to understand how someone who wasn’t an Anglican could be so upset…I didn’t feel like I could argue ownership.”

City councillor Jamie Gough said he would like to see the cathedral restored. It was likely the council could help to fund restoration through heritage grants.

Loughnan said the church had $30m set aside for the restoration, which he estimated would cost about $100 million.

He was confident the church could fundraise the remaining $70m.

“We think that here and overseas the Cathedral will have a good appeal…people would like to see it restored.” 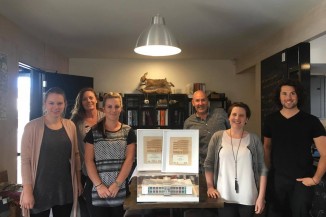 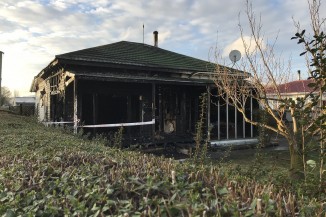 A house on Tilford St has been left ruins after a fire in the early hours of this morning.