The Northern suburbs of Brooklands, Kainga and Spencerville are the first to have their water chlorinated in the City Council's bid to ensure the safety of Christchurch water systems.

Christchurch is the only main city in New Zealand to have untreated water due to natural underwater aquifers that filtrate the water.  However after experts noticed a chance of contamination they decided the risk was not worth it and felt chlorination was the only way to ensure the public's safety.

Brooklands residents said they are "absolutely gutted" to have their water chlorinated.

Resident Denis Gilmore said he just can't understand why their water needs to be tampered with at all.

"The Brooklands well is near new and is completely independent to the other water systems in Christchurch, I just don't see how it could be contaminated."

His daughter Mel suffers from a mild chlorine allergy causing her to break out on contact.

He said it's unfair for his daughter to have to suffer.

"Unless it's absolutely essential, and to me it doesn't seem like it is."

City Services General Manager David Adamson said the decision to start chlorination in those areas was made because it was a relatively small water zone with a population of about 1600 that was isolated from the rest of the network.

Over the coming weeks all 56 water pump stations in the city will be temporarily chlorinated. 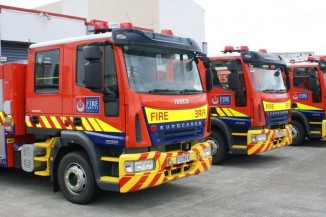 Fire fighters will be based on the corner of Engineering Rd and Creyke Rd from next month.