Almost eight years to the day, the people of Christchurch showed up in scores to celebrate the return of the Christchurch Town Hall.

Emotions ran high for many people, who had not been into the building since the February 2011 earthquake.

"I think that this building means so much to so many people, and I don't think we've realised how much we've missed it," city councillor Anne Galloway said.

"It just reignites those feelings... of familiarity and home," she said at the public open day, hosted by Vbase.

The organisation wanted to offer "a chance for the public to reconnect with this iconic building before it opens for business".

"What our contractors and our people have done is truly magnificent," said Vbase board chairperson Tim Scandrett.

The rebuild, which began in November 2015,  cost 167-million dollars and involved 68 subcontracting companies.

The newly refurbished Avon, Lime and Victoria event rooms offered views across the Avon River. The James Hay Theatre is still under construction.

On display once more was the acoustics of the Douglas Lilburn Auditorium, with brass band 'Woolston Brass' playing throughout Saturday.

It will host a range of musical events with Shapeshifter and the Christchurch Symphony Orchestra playing on March 1, followed by Marlon Williams and Broods later in the month.

"It's stronger and better equipped to play a role in our lives," said Mayor Lianne Dalziel.

Dalziel joined Sir Miles Warren,  who designed the original town hall in 1972, in declaring the building officially reopened at 12.16pm on Saturday. 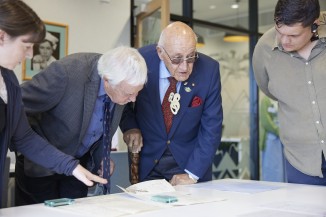 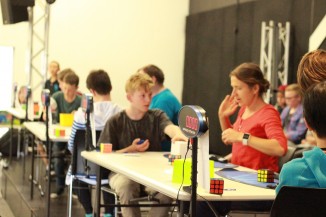 Some of the world's best speed-cubers can solve a standard Rubik's Cube faster than Usain Bolt's 100 metre world record sprint.