Christchurch will be on the international stage when a movie shot in the quake-hit city premieres in a fortnight.

The movie, based on a book by Christchurch writer Margaret Mahy, premieres at the Theatre Royal at the end of this month.

The movie is directed by husband and wife duo Stuart McKenzie and Miranda Harcourt.

"It brings so much more to the city than just economic benefit. It puts Christchurch on the international stage as a great location for film-makers," Dalziel said.

Director Miranda Harcourt said they never thought about shooting anywhere other than Christchurch.

"The brokenness of the city and the revival and new life really fits the development of the central character Laura," she said.

Harcourt said she would love to film in Christchurch again.

"There is so much beauty we could not squeeze into the film. We would love to be able to reflect different aspects of the city as it continues to change," she said.

Dalziel said Cantabrians were generous the film's stars and crew.

"Lead actor Timothy Spall was blown away by the friendliness and warmth he encountered from locals on a regular basis while filming in the city," she said.

Christchurch-based Changeover actress Rosa Garcia Knight said it was fitting for the film to be set here.

"The directors actually said that in this film Christchurch has become a character in the story," she said.

Local actress Lillian Fata said Cantabrians should be proud of the film.

"I'm proud of being able to create the film in a city that has gone through a lot of struggle and being able to shed some light on the negative times that have occurred," she said.

Listen to a Christchurch actress in 'The Changeover' 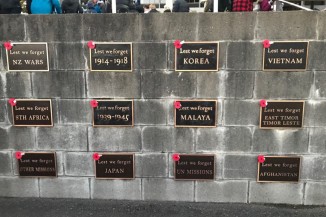 Hundreds turn out for dawn service 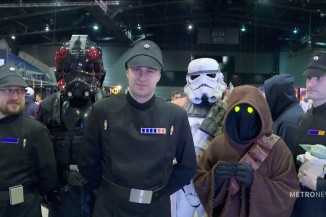 Armageddon is celebrating its 14th year in Christchurch.